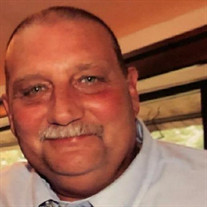 Al Gardner, 60, of Cedar Rapids, Iowa, passed away on Tuesday, April 13, 2021, at his home. Per Alan’s wishes, cremation has taken place. The family will greet friends from 4 – 7 p.m. on Wednesday, April 28, 2021, at Murdoch Funeral Home & Cremation Service in Marion. All guests are respectfully requested to wear a face mask and practice social distancing. Al was born May 24, 1960, in Cedar Rapids, Iowa, the son of Dale and Janet (Hadenfeldt) Gardner. On September 12, 1992 in Cedar Rapids, he was united in marriage to Shelly Pollock. He was a friend of Bill W. He is survived by his wife, Shelly Gardner of Cedar Rapids; two children, Starr (Luis) Oseguera of Dallas, Texas, and Brent Gardner (Ivy Preciado) of Cedar Rapids; grandchildren, Anthony, Jaxon, Prince, Chevi, Ryder, Thomas, and one more on the way; parents, Dale and Janet Gardner of Marion; brother, Steve Gardner of Marion; father-in-law, Jim Pollock of Cedar Rapids; brother-in-law, Marc (Nikki) Pollock of Amana, Iowa; sister-in-law, Michele Pollock of Cedar Rapids; and niece, Hailey Pollock of Amana. Al was preceded in death by his mother-in-law, Mary Pollock and brother-in-law, Mike Pollock. In lieu of flowers, memorials may be directed to Marion Industrial Club or a charity of the donor’s choice.

The family of Al Gardner created this Life Tributes page to make it easy to share your memories.

Send flowers to the Gardner family.