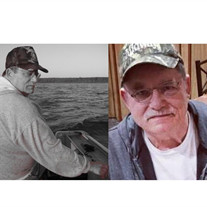 Alan C. Rash, 69, of Cedar Rapids, Iowa, died Thursday, October 1, 2020, at Heritage Specialty Care in Cedar Rapids surrounded by his family. Alan was a COVID-19 survivor. The family will greet friends from 12-2 p.m. on Sunday, October 11, 2020, at the Legacy Center at Murdoch-Linwood in Cedar Rapids. A Memorial Service will follow at 2 p.m. on Sunday at the Legacy Center at Murdoch-Linwood. All guests are respectfully requested to wear a mask and practice social distancing. A livestream of the funeral service may be accessed on the funeral home website tribute page for Alan, under “photos and videos or media,” starting at 2 p.m. on Sunday, October 11, 2020. Alan was born on July 31, 1951, in Ottumwa, Iowa, the son of Wilbur and Mildred (Banks) Rash. He graduated from Ottumwa High School and Indian Hills Community College. Alan served in the United States Navy from 1972-1975 during the Vietnam War. He was united in marriage to Terry Frenchick on June 23, 1984, at Gloria Dei Lutheran Church in Iowa City. Alan worked for Wahl and Wahl which later became Waltek. He retired in 2010. Alan was a member of the Izaak Walton League, and a lifetime member of AAA and VFW Post #788. He was an avid hunter and a crappie and walleye fisherman. Alan enjoyed annual trips to the Seventh Crow Wing Lake in Minnesota with his family. He loved pheasant hunting with his chocolate labs, Abbey and Hershey. Above all else, he loved being Grandpa. Survivors include his wife, Terry Rash; children, Eric (Kristina) Rash and Nicole (Justin) McDowell; grandchildren, Evelyn and Scarlette; brother, Roy (Jeanne) Rash; sisters, Mary (Frank) Barrett and Sharon Rash; and sister-in-law, Dianne Rash. He was preceded in death by his parents, Wilbur and Mildred Rash; and brother, Tony Rash. Memorials may be directed to VFW Post #788, 3240 Southgate Place SW, Cedar Rapids, Iowa 52404.

The family of Alan C Rash created this Life Tributes page to make it easy to share your memories.

Send flowers to the Rash family.