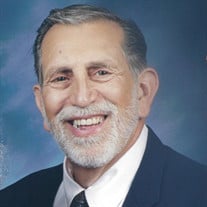 Anthony “Tony” Joseph Pantini, Jr., 84, of Marion, Iowa, passed away on Saturday, September 4, 2021, at Linn Manor in Marion. The family will greet friends from 4 to 7 p.m. on Friday, September 10, 2021, at Murdoch Funeral Home & Cremation Service in Marion. A funeral service will be held at 11 a.m. on Saturday, September 11, 2021, at First Presbyterian Church in Marion, conducted by Pastor Jim Langley. A livestream of the funeral service may be accessed on the funeral home website tribute page for Tony under “photos and videos” starting at 11 a.m. on Saturday. Inurnment will take place at a later date at Oak Shade Cemetery in Marion. The family requests that those in attendance wear casual attire to the visitation and funeral service. All guests are respectfully requested to wear a face mask and practice social distancing. Tony was born on February 16, 1937, in Roselle Park, New Jersey, the son of Anthony Joseph, Sr. and Wanda (Rezmerski) Pantini. He was a 1954 graduate of Roselle Park High School and went on to receive his bachelor’s degree in education at Delta State University. Tony served honorably in the United States Army. On August 18, 1962, Tony was united in marriage to Shirley Mae Post. He was a member of First Presbyterian Church and the Delta State University Alumni Association. Tony taught for Jonathon Dayton High School in Springfield, New Jersey, from 1964 to 1967. He worked for Collins Radio from 1968 to 1973, taught at Norway Community Schools in 1973, then at Marion Independent School District from 1974 to 1999. Tony is survived and lovingly remembered his four children, Andrew Pantini of Marion, Amy (Dwight) Hubbard of San Jose, California, Wayne (Deb) Pantini of Creston, Iowa, and T.J. Pantini of Cedar Rapids; two grandchildren, Sydney and Emma Pantini of Creston; and his beloved pets, Mickey and Minnie. He was preceded in death by his parents, Anthony and Wanda Pantini; wife, Shirley Pantini on March 11, 2021; brother, Jim Pantini; and daughter-in-law, Lorilynne Pantini. In lieu of flowers, memorials may be made to the First Presbyterian Church in Marion.

The family of Anthony "Tony" Joseph Pantini Jr. created this Life Tributes page to make it easy to share your memories.

Send flowers to the Pantini family.