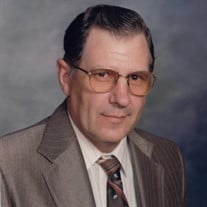 Arnold Schwers, 76, of Manchester formerly of Shell Rock, Iowa, passed away on Sunday, May 8, 2022, at the Good Neighbor Home in Manchester. Visitation for Arnold will be held Friday, May 20, 2022, 9:30 to 10:30 a.m. at the St. Patrick Hall, (Ryan Gymnasium) in Ryan. Funeral Service will follow at 11:00 a.m. St. Patrick Catholic Church in Ryan with the Reverend Gabriel Anderson officiating. Inurnment will follow at Calvary Cemetery, Ryan, with Military Rites. Bohnenkamp-Murdoch Funeral Home & Cremation Service, Manchester is in charge of arrangements. Arnold was born on June 28, 1945, in Dyersville, Iowa, the son of William and Marie (Wilgenbusch) Schwers. He graduated from St. Patrick School in Ryan. Arnold served his country in the United States Army and was stationed in Germany during Vietnam. Later he entered in the Navy Seabee’s for fourteen years, in completion of service, he was honorably discharged. He held many jobs in construction until retiring from Spahn and Rose Lumber Company in Waverly, Iowa. Arnold was a devout Catholic. He enjoyed watching T.V. especially the history channel and Dateline, loved spending time outdoors working on building and construction projects. Arnold is survived by his sons, Christopher of Adel, Iowa, Daniel (Athena) of Winterset, Iowa; six grandchildren; and his sisters, Bernadette Ryan of Ryan, Mary Ann (Ken) Meyerhoff of Marion, Iowa; along with several nieces and nephews. He was preceded in death by his parents, William and Marie Schwers; and brother-in-law, Ambrose Ryan. In lieu of flowers or memorabilia, the family has requested that a donation may be made to the charity of your choice or to the Parkinson’s Disease Foundation. Please share a memory of Arnold at www.murdochfuneralhome.com under obituaries.

The family of Arnold Joseph Schwers created this Life Tributes page to make it easy to share your memories.