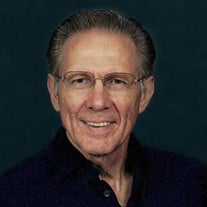 Arthur Lynn Svaldi, 82, of Cedar Rapids, Iowa, and formerly of Manchester, Iowa, was quietly drawn home to the Light on December 12, 2020. A private family entombment will be in the Linwood Mausoleum, Cedar Rapids, Iowa. Lynn was born May 17, 1938, in Manchester, Iowa, the son of Arthur Svaldi, Jr. and Verna L. (Michener) Svaldi. He was a proud member of the “Tough As Nails, Hard As Bricks Manchester Class of 56.” On June 11, 1960, Lynn was united in marriage to Trudee J. Schmitt at First Lutheran Church in Manchester. He worked at Collins Radio in Cedar Rapids before becoming a machinist and owner/operator of Standard Auto Parts, Inc. in Manchester for over 30 years, a business owned by the Svaldi family since 1935. He cherished the love and laughter of family and friends and lived for a good (and often inappropriate) joke. A true servant, he was known to always help others and cherished his time as a small business owner. Over the years, he enjoyed spending time outdoors, served on the Good Neighbor Home Society board, various church activities and the Manchester Bowling League. Despite battling Parkinson’s for nearly 20 years, he kept his sense of humor. Lynn leaves behind his daughter, Elaina (Michael) Kempin of Cedar Rapids; granddaughter, Rachel Fortman of Broomfield, Colorado; brother-in-law, David Carter of Cedar Rapids; sister-in-law, Joyce Queen of Soldier, Iowa; and many nieces, nephews and dear friends. He has been reunited with the love of his life of 53 years, Trudee Jane; his parents, Arthur and Verna Svaldi; sister, Sylvia A. Carter; brothers-in-law, David “Michael” Schmitt and Norman Queen; and many other family members and close friends. The family would like to thank the entire staff at the Gardens of Cedar Rapids for their love and amazing care of Lynn the past three years. In lieu of flowers, they request memorials be directed to the Cedar Rapids Metro Parkinson’s Association.

Arthur Lynn Svaldi, 82, of Cedar Rapids, Iowa, and formerly of Manchester, Iowa, was quietly drawn home to the Light on December 12, 2020. A private family entombment will be in the Linwood Mausoleum, Cedar Rapids, Iowa. Lynn was born May... View Obituary & Service Information

The family of Arthur Lynn Svaldi created this Life Tributes page to make it easy to share your memories.

Arthur Lynn Svaldi, 82, of Cedar Rapids, Iowa, and formerly of...

Send flowers to the Svaldi family.