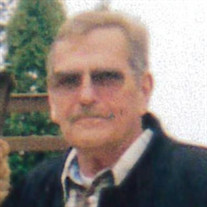 Benjamin “Ben” Charles Bradshaw, 78, of Marion, Iowa, passed away with family by his side on Sunday, January 30, 2022. In accordance with his wishes, cremation has taken place. A private family celebration of his life is being planned for a later date. Ben was born on December 28, 1943, to Carl and Helen (Ream) Bradshaw. He honorably served in the Air Force during the Vietnam War. Ben was united in marriage to Donna Mae Wilson on August 1, 1975. They shared a daughter, Taffie Lynn. Ben was a High Lineman in Oklahoma and Iowa, before becoming a Crane Operator with the union building homes for Skogman Realty, until his retirement. He enjoyed being outdoors, fishing, mud runs at the Wilson Ranch, Nascar and being with his family. Ben will be greatly missed by all who knew and loved him. Ben is survived by his sister, Sherry (Charles) Sweeney of Flower Mound, Texas; daughter, Taffie (Luke Sebetka) Bradshaw of Brandon, Iowa; son, Christopher Bradshaw of Madison, Wisconsin; stepchildren, Jason McCormick and Jessica McCormick; grandchildren, Khala Sebetka of Brandon, Dakota (Michelle) Bradshaw of Center Point, Iowa, Alissa (Josh) Ceras of Independence, Iowa, Heidi Martin of Robins, Iowa, Kassidy McAtee of Martelle, Iowa; great-grandchildren, Brayleigh, Eleanor, Huxley, Beau, and Elliot; and several nieces and nephews. He is preceded in death by his wife, Donna; parents, Carl and Helen Bradshaw; and daughter, Holly Bradshaw. In lieu of flowers, memorials in Ben’s name may be made to a favorite charity of the donor’s choice or to the family to be designated later.

Benjamin &#8220;Ben&#8221; Charles Bradshaw, 78, of Marion, Iowa, passed away with family by his side on Sunday, January 30, 2022. In accordance with his wishes, cremation has taken place. A private family celebration of his life is being planned... View Obituary & Service Information

The family of Benjamin Charles Bradshaw created this Life Tributes page to make it easy to share your memories.

Send flowers to the Bradshaw family.