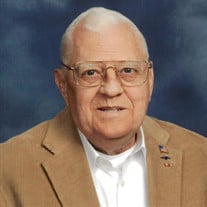 Curtis “Curt” G. Smith, 85, of Mt. Vernon, Iowa, formerly of Colesburg, Iowa, passed away suddenly on Wednesday, September 30, 2020, at Mercy Medical Center in Cedar Rapids, Iowa. A Memorial Mass will be held at 10 a.m. on Monday, October 5, 2020, at All Saints Catholic Church in Cedar Rapids, officiated by his great nephew, Reverend Nick Radloff. All guests are respectfully requested to wear a face mask and practice social distancing. Inurnment will follow at Campbell Cemetery in Cedar Rapids. Murdoch Funeral Home & Cremation Service of Marion is assisting the family. Curt was born on August 25, 1935, in Colesburg, Iowa, to Sumner and Ila (Wiltse) Smith. Since both of his parents died before he was five years old, he went to live with his grandma Smith on the farm. In 1954, Curt graduated from Colesburg High School, after which he moved to Cedar Rapids to find a job. He worked at Jack Hatt’s Auto Ramp and then Wathan Flying Service. Curt started his flight instruction at Hunter Field in Cedar Rapids. He earned his Private Pilot License and Commercial License at Wathan Flying Service before he was inducted into the United States Army. Curt met his future wife, Mary Diers, when they were in first grade at Colesburg. They were married on July 28, 1956, at St. Patrick Catholic Church in Colesburg. In November of 1958, Curt was inducted into the United States Army at age 24. He spent his basic training at Fort Carson in Colorado, specialist training in guided missiles at Fort Sill in Oklahoma, and then was sent to Babenhausen, Germany. The guided missile base was one of five such bases spread along the Iron Curtain. They were trained to launch the Corporal and Red Sons which had warheads that were and larger than the bomb dropped on Hiroshima. Our armed forces had a VIP show in Mainz, Germany, where various missiles and other arms were displayed, after which the Soviet Union withdrew from the line and did not return. The United Armed Forces was helping to protect Europe from the Soviet Union. Mary joined Curt in Germany and their first son, David, was born there, a German born American citizen. After being discharged from the army, Curt resumed working at Wathan Flying Service. His first job there in 1954 was a line foreman. After serving in the Army, he stocked a large parts department and did a lot of flying. Curt had earned a multi-engine rating after being discharged from the Army. To work as a lineman all the way up to the president of the company was quite an accomplishment within 31 years. In addition to his oldest son, David, who lives in Arlington, Texas, Curt and Mary had two other sons, Mark, who lives in Cedar Rapids, Iowa, and Craig who lives in Lisbon, Iowa. His family lived in Cedar Rapids for twelve years and then they bought a rural Mt. Vernon home, where they lived for 48 years. Curt and Mary then moved to Grand Living at Indian Creek Care Center. Curt loved rebuilding various engine-powered vehicles all of his adult life. He also owned several airplanes before buying Wathan Flying Service. They were a J-3 Cub, a Luscombe, a Taylorcraft, and a Model 35 Beechcraft Bonanza. Loving flying as he did, his sons also love airplanes, reading about them, identifying them, and building models. Curt was instrumental in getting an Experimental Aircraft (EAA) Chapter established in Cedar Rapids. In 2012, the group celebrated 50 years that the EAA local organization met in Cedar Rapids. Curt also belonged to a local group of pilots, Quiet Birdmen. He was a member of the Cedar Rapids Chamber of Commerce. Curt is survived and lovingly remembered by his wife of 64 years, Mary; three sons, David, Mark, and Craig; and three cousins in the Smith family, Naida “Cookie”, Jane and Allen. He was preceded in death by his parents; grandparents; uncle and aunt, Roy and Lola Smith; and one cousin, Arlyss Barnhart. Memorials in Curt’s memory may be made to St. Jude Children’s Research Hospital at 501 St. Jude Place in Memphis, Tennessee, 38105.

The family of Curtis 'Curt' G. Smith created this Life Tributes page to make it easy to share your memories.