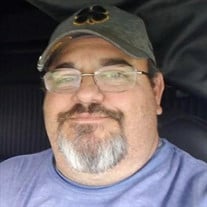 Darwin “Chip” Kohl, II, 53, of Marion, Iowa, passed away on Saturday, December 12, 2020, at St. Luke’s Hospital in Cedar Rapids, Iowa. A private memorial service will be held at 10:30 a.m. on Thursday, December 17, 2020, at Murdoch Funeral Home & Cremation Service, Marion. All guests are respectfully requested to wear a face mask and practice social distancing. A livestream of the memorial service may be accessed on the funeral home website tribute page for Chip, under “photos and videos or media”, starting at 10:30 a.m. on Thursday. A Celebration of Chip’s life will be held at a later date. Chip was born on November 8, 1967, in Cedar Rapids, Iowa, the son of Darwin and Mardell (Mason) Kohl. He graduated from Linn Mar High School in 1986 and then Hawkeye Institute of Technology in Waterloo, Iowa. At the age of 16, Chip earned his private pilot’s license. On August 6, 1994, at Prairie Chapel United Methodist Church in Marion, he was united in marriage to Holly Hultman. Chip farmed with his father for several years and was an over the road truck driver, with his co-pilot, Cooper, for Batcheler Logistics in Center Point, Iowa. In 1995, he started racing stock cars in the Hobby stock division, later known as the Street Stock, running the number, 28X. Chip raced on many dirt tracks in Iowa. He enjoyed playing pool, golfing, and was an avid Minnesota Viking and Iowa Hawkeye fan. Chip is survived and lovingly remembered by his wife of 26 years, Holly Kohl; son, D. J. Kohl; mother, Mardell Kohl; sister, Robin (Les) Williams, all of Marion; in-laws, Alan and Terry Perkins of Cedar Rapids; sisters-in-law and brother-in-law, Jamie (Cody) Farmer of Vinton, Samantha (John) Perkins and A. J. Perkins, both of Cedar Rapids; many nieces, nephews, great-nieces and great-nephews; best friends, Derek Thompson of Robins, Daryl Hlas, Aaron McCarthy, and Paul Peterson, all of Marion and many more friends; and his dogs, Cooper and Lucy. He was preceded in death by his father, Darwin Kohl; maternal and paternal grandparents; and his aunt. In lieu of flowers, memorials in Chip’s memory may be directed to his family.

The family of Darwin "Chip" Kohl II created this Life Tributes page to make it easy to share your memories.

Send flowers to the Kohl family.