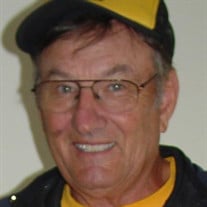 Dean Keith Culberson, age 88, of Marion, Iowa and Edinburg, Texas, died Thursday, March 10, 2022, in McAllen, Texas. He was born April 27, 1933, at the family home in rural Cedar County, Iowa, the son of Eugene “Gene” and Vella (Straub) Culberson. Dean graduated from Tipton (IA) High School with the Class of 1951 and enlisted in the US Navy. He served in Japan for two years and then two years in San Diego during the Korean War. Following his honorable discharge, Dean attended Coe College and earned his Bachelor’s degree in Education and would later earn a Master’s degree in Educational Counseling at the University of Iowa. He was united in marriage with Evelyn Thresa “Terri” Teslik on July 3, 1959, in Cedar Rapids. Dean taught school for 10 years in several Iowa districts, most notably Solon High School, where he was the High School Guidance Counselor and served as the football and girls’ basketball coach. He was a veteran’s counselor at Kirkwood Community College for four years. Dean finished his working career as a Veteran’s Benefits Specialist for the Veteran’s Administration for 26 years, retiring in 1999. He was a member of the Veteran of Foreign Wars Post in Knob Noster, Missouri. He was an excellent pool player winning several championships and an avid Iowa Hawkeye fan. He also wrote several poems to family members that are cherished. Survivors include his wife, Terri of Marion; 2 daughters, Rita (Carlos) Cabello and her sons, Eric and Brian Gervais; and Deana (Scott) Arebaugh and their children, Jessica and Justin Arebaugh, of Marion; and two additional grandsons, Andrew Mota-Culberson and Alex Mota. He is also survived by two stepsisters, Joan King and Judy Hebert, both of the Tampa Bay area, Florida. He was preceded in death by his daughter and son-in-law, Lynn (Alfonso) Mota and a brother, Donald Culberson. Funeral Services will be held at 10:30 a.m. Saturday, March 19, 2022, at Murdoch Funeral Home in Marion. Interment with Full Military Honors will follow at Masonic Cemetery in Tipton, Iowa. The family will greet friends after 9:30 a.m. Saturday at the Funeral Home. Memorials may be directed to Veteran's Food Pantry, 1240 26th Ave Ct SW, Cedar Rapids, Iowa 52404 or Dogs Forever, 809 Rockford Rd SW, Cedar Rapids, IA 52404.

The family of Dean Keith Culberson created this Life Tributes page to make it easy to share your memories.

Send flowers to the Culberson family.