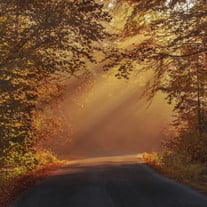 Dennis R. O’Brien, 77, of Marion, Iowa, passed away on Monday, December 6, 2021, at Bickford of Marion. A family burial service is being planned for Spring of 2022, at Sacred Heart Cemetery in Sanborn, North Dakota. Dennis was born on September 15, 1944, on the family farm in Eckelson, North Dakota, the son of Joseph and Augusta (Mortenson) O’Brien. He grew up in the Valley City, North Dakota area, where he graduated from St. Catherine Catholic High School. He served honorably in the Army National Guard. On August 31, 1968, Dennis was united in marriage to Janet J. Widmer in Jamestown, North Dakota. For 41 years, he worked for CenturyLink Telephone Company in Cedar Rapids, Iowa, retiring in 2011. Dennis was a member of St. Joseph Catholic Church in Marion. Dennis’ hobby of metal detecting took him and Janet to many competitions, both local and out of state. Dennis is survived and lovingly remembered by his wife of 53 years, Janet O’Brien of Marion; son, Jeremy O’Brien (Shauna Lorenzo-Rivero) of Chattanooga, Tennessee; brothers, James O’Brien of Fargo, North Dakota, Dale (Carolyn) O’Brien of Gilbert, Arizona, and Lloyd O’Brien of Westchester, Illinois; sisters, Lillian (Edward) Moug of Mesa, Arizona and Mary Emke of Ankeny, Iowa; and numerous nieces and nephews and their families. He was preceded in death by his parents, Joseph and Augusta O’Brien; brothers, Lawrence at infancy, Joseph Jr., Francis, Maurice, Charles, Earl, and Louis O’Brien; and sisters, Alice Widmer, and Lucy Lockwood. The family wishes to extend their sincere gratitude to all the staff at both Bickford of Marion and St. Croix Hospice for the care and support they gave to Dennis.

Dennis R. O&#8217;Brien, 77, of Marion, Iowa, passed away on Monday, December 6, 2021, at Bickford of Marion. A family burial service is being planned for Spring of 2022, at Sacred Heart Cemetery in Sanborn, North Dakota. Dennis was born on... View Obituary & Service Information

The family of Dennis R. O'Brien created this Life Tributes page to make it easy to share your memories.