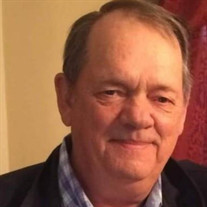 Dennis M. O’Connor, 73, of Maquoketa, Iowa, formerly of Central City, Iowa, and Southern California, passed away on Wednesday, October 6, 2021, at his home in Maquoketa, surrounded by his family. Family will greet friends and family from 10 to 12 p.m. on Saturday, October 16, 2021, at Murdoch Funeral Home & Cremation Service in Central City. A Masonic Funeral Service will take place at 12 p.m. on Saturday at the funeral home. Burial will follow at Mt. Clark Cemetery in Central City. Dennis was born on September 26, 1948, in Cedar Rapids, Iowa, the son of Walter and Maedean (Bishop) O’Connor. He was a 1966 graduate of Central City High School and went on to obtain his associates degree from Iowa State University. Dennis married Jean Kluck. To this union two sons were born, Sean and Tim. They later divorced. On April 15, 1993, Dennis was united in marriage to Gaby Mercedes in Fresno California. He worked for various dairies including Land-O-Lakes/Swiss Valley Farms, in Iowa, and he retired from Heartland Farms in Southern California. Dennis was a member of the Central City Masonic Lodge and the Isaac Walton League in Maquoketa. He was an avid outdoorsman, he loved trapping, hunting, fishing in his boat, and goldmining. Dennis will be greatly missed by all who knew and loved him. Dennis is survived and lovingly remembered by his wife of 28 years, Gaby O’Connor of Maquoketa; two sons, Sean (Melissa) O’Connor of Azle, Texas and Tim (Tanya) O’Connor of Argyle, Texas; two step-children, Monica Arguelles of Austin, Texas, and Karen Arguelles of Pasadena, California; five grandchildren, Michaela, Evan, Katelynn, Kyran, and Aedan; two step-grandchildren, Diego and Camila; two sisters, Calleen Randall of Marion and Erin (Eric) Reinicke of Platteville, Wisconsin; many nieces and nephews; and two fur babies, Nick and Charlie. He was preceded in death by his parents, one sister, Elaine Dull; brother-in-law, Clay Dull; and fur baby, Abby. In lieu of flowers, memorials in Dennis’ memory may be made to the Central City Masonic Lodge.

Dennis M. O&#8217;Connor, 73, of Maquoketa, Iowa, formerly of Central City, Iowa, and Southern California, passed away on Wednesday, October 6, 2021, at his home in Maquoketa, surrounded by his family. Family will greet friends and family from... View Obituary & Service Information

The family of Dennis M O'Connor created this Life Tributes page to make it easy to share your memories.

Send flowers to the O'Connor family.