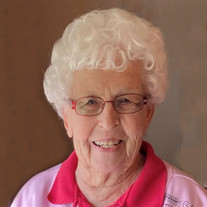 Diane Allen, longtime resident of Marion, Iowa died peacefully at Cedar Ridge Village in West Des Moines on May 29, 2022. She was 90 years old. A Service of Remembrance will be held at 11:00 AM on Saturday, June 4, 2022, at the Murdoch Funeral Home in Marion, Iowa. Visitation from 10:00 until service time and there will be a reception following at the funeral home. She was born October 28, 1931, in Cedar Rapids, Iowa, the daughter of Robert and Iva (Comport) Hess. After graduating as a registered nurse from the University of Iowa in 1951, Diane worked in Denver where she hiked and skied the mountains and developed her nursing skills. After two years she returned to the University of Iowa to study for her bachelor’s degree and met her future husband, Morris Allen, who was in law school. Diane and Morris were married in Marion on February 4, 1955 and had 56 years together. They raised five children. While running a busy household, Diane worked as a nurse, a legal secretary and bookkeeper. She prepared tax returns for clients for more than 40 years. The couple bought a farm just north of Marion in 1969 and carved their dream home and Allen’s Orchard out of a corn field. Allen’s Orchard was more than a hobby for Morris and Diane; it was their passion to share with customers and visitors. In 2010, they moved to Summit Pointe in Marion. Diane enjoyed playing bridge, gardening, planting fruit trees, reading and visiting her children and grandchildren. She was a volunteer driver for Rider’s Club. In 2021, she moved to West Des Moines to be closer to her eldest daughter. Diane was predeceased by her husband, Morris Allen, and her sisters, Rosalie Severinsen and Nancy Lang and granddaughter Amelia Kelly. She is survived by sister, Patricia Wullschleger, and brother, Thomas Hess (Nancy York). Left to honor Diane’s memory are her five children: Janet Allen (Tom Alex), Sarah (Rob) Edman, Betsy Di Fabio (Don Cummings), Barbara Allen, and Edwards (Jill) Allen; nine grandchildren, Caroline Kelly (Ryan), James Graeve (Krystina Brodeur), Elysia Edman Sullivan (Bryan), Benjamin Edman, Danielle DiFabio Sol (Andy), Diana DiFabio Schnee (Steven), Aryn Robison, Brian Robison (Jasmine), Emily Robison Rinehart; and great grandchildren: Charles, Quinn and Clara Kelly, Boston Graeve, Rhett and Madeline Sullivan, Alice and Eve Sol, Josie Schnee, Hunter Zoll, Willow and Heath Mehl, and Arden Robison. Those who wish to remember Diane may make gifts in her memory to the Morris and Diane Allen Endowed Scholarship at Kirkwood Community College or to Marion Christian Church.

Diane Allen, longtime resident of Marion, Iowa died peacefully at Cedar Ridge Village in West Des Moines on May 29, 2022. She was 90 years old. A Service of Remembrance will be held at 11:00 AM on Saturday, June 4, 2022, at the Murdoch Funeral... View Obituary & Service Information

The family of Diane Allen created this Life Tributes page to make it easy to share your memories.

Send flowers to the Allen family.