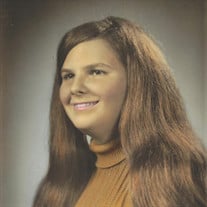 Diane Lynn Arnold, 69, of Alburnett, Iowa, passed away peacefully surrounded by her family on Sunday, March 28, 2021, at her home. A private funeral mass will be held on Tuesday, April 6, 2021, at St. Stephen’s Catholic Church in Central City, Iowa, with Reverend Nick March officiating. Inurnment will take place at Mt. Calvary Cemetery in Cedar Rapids, Iowa. All guests are respectfully requested to wear a face mask and practice social distancing. Murdoch Funeral Home & Cremation Service in Marion is assisting the family. A recording of the funeral mass will be available late Tuesday afternoon on the funeral home website tribute page for Diane, under “photos and videos or media”. Diane was born March 30, 1951, in Dubuque, Iowa, the daughter of Rodney and Marian (Schmidt) Richey. She graduated from Dubuque Senior High School and Kirkwood Community College. On September 14, 1971, at All Saints Catholic Church in Cedar Rapids Diane was united in marriage to Sidney Lee Arnold. She began her working career as the activity director at Hallmark in Mt. Vernon, Iowa, for ten years and then at Pineview-Evergreen Estates before becoming a social worker. Diane was involved with the Focus program at St. Judes Catholic Church, as well as the Worldwide Marriage Encounter, TEC Weekend, and CEW weekends. She also was a member of the choir and folk group. She enjoyed traveling, playing cards, family, cooking, camping, and family gatherings. Diane was the glue that held her family together. She will be greatly missed by all who knew and loved her. She is survived and lovingly remembered by her husband, Sid Arnold of Alburnett; three brothers, Steve (Cindy) Richey of Zwingle, Iowa, Tom (Janet) Richey of Marion, Iowa, and Dennis (Michelle) Richey of Fort Meyers, Florida; sister, Laurie (John) Denes of Cape Coral, Florida; two sisters-in-law, Sharon (Dennis) Sekjora of Marion and Karen (Tom) Feye of Cedar Rapids; brother-in-law, David Arnold of Cedar Rapids; and many loving nieces, nephews, and great-nieces and nephews. Diane was preceded in death by her parents; grandparents; father and mother-in-law; and two sisters-in-law. In lieu of flowers, memorials in Diane’s memory may be directed to St. Jude’s Children Hospital or to her family. The family wishes to express their gratitude to Mercy Medical Center and Mercy Hospice staff for their loving care of Diane.

Diane Lynn Arnold, 69, of Alburnett, Iowa, passed away peacefully surrounded by her family on Sunday, March 28, 2021, at her home. A private funeral mass will be held on Tuesday, April 6, 2021, at St. Stephen&#8217;s Catholic Church in Central... View Obituary & Service Information

The family of Diane Lynn Arnold created this Life Tributes page to make it easy to share your memories.

Send flowers to the Arnold family.