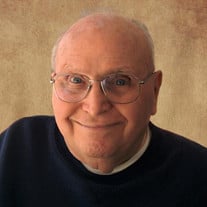 Donald J. Aldrich, 90, of Cedar Rapids, Iowa, died Sunday, October 24, 2021. A graveside service will be held at 2 p.m. on Friday, October 29, 2021, at Linwood Cemetery in Cedar Rapids. Murdoch-Linwood Funeral Home & Cremation Service in Cedar Rapids, Iowa, is assisting the family with arrangements. Don was born May 9, 1931, in Stanwood, Iowa, the son of Matthew and Maybelle (Lerch) Aldrich. He served honorably in the United States Army from 1952-1954 during the Korean conflict. Don was united in marriage to Virginia Satinsky; the couple later divorced. He worked for Baker Paper Company. On July 2, 1966, Don married Frances “Fanny” Andersen in Cedar Rapids. He was a member of St. Patrick’s Catholic Church. Survivors include his children, Steven Aldrich of Corpus Christi, Texas, Craig (Debora) Aldrich, and Kimberly (Tom) Lytle, all of Cedar Rapids; and sister, Theresa “Peg” Hass of Burlington, Iowa. He was preceded in death by his parents, Matthew and Maybelle Aldrich; wife, Fanny Aldrich; and brother-in-law, Burnell Hass. The family would like to extend a special thank-you to the staff at the Higley Mansion Care Center and Garnett Place for their loving care of Don.

The family of Donald J. Aldrich created this Life Tributes page to make it easy to share your memories.

Send flowers to the Aldrich family.