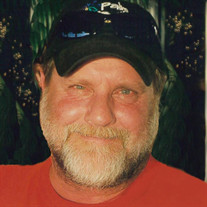 Donald “Don” Edward Sopousek, 67, of Marion, Iowa, passed away on Tuesday, December 14, 2021, at his home. In accordance with his wishes, cremation has taken place. A celebration of Don’s life service will take place from 11:00 a.m. to 5:00 p.m. on Saturday, December 18, 2021, at the Marion American Legion Post #298 located at 625 31st Street in Marion. The family requests all guests please wear casual wear or beach attire. Don was born on November 24, 1954, in Cedar Rapids, Iowa, the son of Milton and Teresa (Snitil) Sopousek. He graduated from Washington High School. Don earned the highest rank in scouting, Eagle Scout in 1971. He was united in marriage to Sue Sims on October 16, 1976, at All Saints Church in Cedar Rapids. In 1975, Don started working at Iowa – Illinois Gas & Electric (Mid-American Energy), retiring in 2016, after 41 years of service. He was a member of IBEW Local 109. Don and Sue enjoyed 20 plus years of watching dolphins and sunsets at Cocoa Beach, Florida. He will be greatly missed by all who knew and loved him. Don is survived and lovingly remembered by his wife of 45 years, Sue Sopousek of Marion; two sons, Jason (Anne) Sopousek of Cedar Rapids, and Chad (Heather) Sopousek of Independence, Iowa; daughter, Lindsay (Eric) Travagiakis of Cedar Rapids; five grandchildren, Ben, Rexton, Patrick, Hunter, and Madison; mother, Teresa Sopousek of Cedar Rapids; and four siblings, Dave Sopousek of Cedar Rapids, Dennis (Gayle) Sopousek of Swisher, Iowa, Susan (John) Parker of North Carolina, and Christine Hurlbert (John Grier) of Iowa City, Iowa; and many nieces and nephews. He was preceded in death by his father, Milton Sopousek; brother-in-law, Rick Hurlbert; and sister-in-law, Betty Streff. In lieu of flowers, donations in Don’s memory may be made to either Hospice of Mercy or Mercy Heart Center. Don’s family would like to extend a special thank you to the staff at Mercy Hospital.

The family of Donald "Don" Edward Sopousek created this Life Tributes page to make it easy to share your memories.

Send flowers to the Sopousek family.