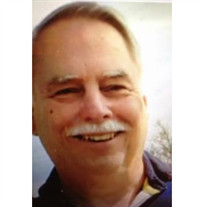 Edward G. “Ed” Pulda, Jr., 76, of Troy, Missouri, formerly of Cedar Rapids, Iowa, passed away on Friday, June 4, 2021, at home surrounded by his loving family. A visitation will be held from 4 – 7 p.m. on Friday June 18, 2021, at Murdoch-Linwood Funeral Home & Cremation Service, 520 Wilson Avenue SW, Cedar Rapids, Iowa, 52404. A Celebration of Life will be held at 1:30 p.m. on Saturday, June 19, 2021, at the funeral home. A livestream of the Celebration of Life may be accessed on the funeral home website tribute page for Ed, under “photos and videos or media,” starting at 1:30 p.m. on Saturday, June 19, 2021. Ed was born on May 3, 1945, in Cedar Rapids, the son of the late Ed Pulda, Sr. and the late Pauline Honn. Ed attended Harrison grade school, Roosevelt Jr. High, and Jefferson High School where he was highly active in sports. After graduation from high school, he joined the U.S. Marine Corps in September of 1964. He had various duty stations but his final duty he was assigned to the Bonhomme Richard Aircraft Carrier. During his service he did two tours in Vietnam and received an honorable discharge in September of 1968. Ed married the love of his life Sarah “Sue” Boswell-Pulda on January 14, 1967, in Lakewood, California. After leaving the military Ed joined the Yuma Police Department in which he was a patrolman, and later moved up in ranks to the Yuma Four County/State Narcotic Task Force. During his service with the police department he received the Medal of Valor for Exceptional and Meritorious Service while on duty. Ed was active with his community. He was a member of the BPOE Elks Club where he worked his way up to Exalted Ruler. Ed was also a member of the VFW, the American Legion, the Boys & Girls Club, and the Local Food Banks of America. Ed enjoyed watching the Iowa Hawkeyes, football and wrestling, listening and recording music, playing computer games, and driving his Ford F-150. He also enjoyed spending the winters in his beloved Arizona, fishing and spending time out in the desert, and bragging about his grandson, Austin Cleppe. Ed cherished the time spent with his family and friends. He was never too busy to give a helping hand when or wherever needed. He is survived by his wife of 55 years, Sarah “Sue” of Troy, Missouri; his daughter, Kathi Pulda-Cleppe (Mike Elder) of Troy, Missouri; Ed’s grandson, Austin Cleppe (Alexa Ellis) of U.S. Navy/Jacksonville, Florida; and the two family dogs, Dooley and Kadies. He is also survived by his father-in-law, James Boswell of Brownsville, California; sisters, Judy Kaufman of Apache Junction, Arizona, Patty (Robin) Honn and niece, Phoenix of Cedar Rapids, Carol (Pat) Riley of Yuma, Arizona, Cindy (Bob) Gilbert of Florida, Chris (Fred) Arsage of Yuma, Arizona, Cheryl (Kenny) Hefner of Maricopa, Arizona, Karen (Ted) Pulda Faz of Yuma, and Nancy Thomas of California; brothers, Tom Pulda of Yuma, Calvin (Cindy) Pulda of Show Low, Arizona, Edwin (Dee) Pulda of Texas, Robert (Bob Strunz) of San Diego, California, Jerry (Mary) Strunz of Costa Mesa, California; sisters-in-law, Bev Pisarik of Cedar Rapids, Joanne Honn of Fairfax, Iowa; brother-in-law, Jim Boswell of Brownsville, California; special nephews, John (Tammy) O’Connor, Jason O’Connor and Gary (Shannon) Allen Honn of Iowa and niece, Rhonda (Darryl) Swift of Iowa; special cousins, Debbie (Dennis) Cech Volesky, Sharon (Keith) Cech Hahn, Connie (Robert) Cech Wildfield, Ronnie Cech, all of Iowa; and many, many other beloved cousins, nephews and nieces that he enjoyed so much spending time with. He was preceded in death by his grandparents, Everett and Lenora Bittle; father, Edward Pulda Sr.; mother, Pauline Honn; step-father, Kenneth Honn; brother, Gary Honn; sister, Linda Chesmore; and mother-in-law, Lettie M. Boswell. A HUGE THANK YOU to all the compassionate caregivers who helped Ed during his journey, especially the Oncology Doctors and staff at Barnes Jewish Hospital St. Louis and the St. Louis VA Hospital. Thank you as well to the wonderful caring and respectful staff of the Heartland Hospice Care Service, especially his nurses, Sarah Roberts, and Dawn. Memorials may be directed to the family.

The family of Edward 'Ed' G. Pulda created this Life Tributes page to make it easy to share your memories.

Send flowers to the Pulda family.