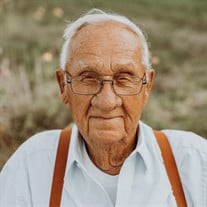 Edwin “Ed” Arnold Koehn, of Mount Vernon, Iowa, formerly of Central City, Iowa, passed away on Sunday, May 22, 2022, at his home, at the age of 91. Visitation will be held from 4 to 7 p.m. on Wednesday, May 25, 2022, at Murdoch Funeral Home & Cremation Service in Marion, Iowa. A funeral service will be held at 11 a.m. on Thursday, May 26, 2022, at the funeral home, where an additional visitation will begin at 9:30 a.m. until service time. Family friend, Jim Groff will be officiating. Burial will follow at Eastside Elkader Cemetery in Elkader, Iowa, with full military honors by the Central City American Legion Post #421. In accordance with Ed’s wishes, guests are encouraged to dress casually, most importantly do not wear a tie. Ed was born in rural Clayton County on August 21, 1930, to William C F and Rose (Behrens) Koehn. He graduated from Elkader Central in 1949, and then honorably served four years in the United States Navy during the Korean Conflict. Ed married Donna Whitley on July 26, 1955, in Elkader Iowa. Ed and Donna continued their life in California, where he became a Deputy Sheriff for Marin County. They moved back to Iowa in 1968, and created a life together in Central City, Iowa. Ed continued to work very hard to support his beloved family by working construction and maintenance jobs. Ed had many hobbies including wood working, deer hunting, and most of all fishing. Left to Cherish his memory are his children, Rosalyn (Ken) Pillard of Ryan, Iowa, Roger (Janis) Koehn of Cape Fair, Missouri, and Russell (Katie) Koehn of Cedar Rapids, Iowa; grandchildren, Kyle (Kristi) Pillard, Kali (Jed) Meeker, Kyann (Mark) Banghart, Cody Koehn, Samantha (Matt) Lukemyres, eight great-grandchildren, which were his pride and joy, Ethan, Kora, Kyson, Jamison, Kensington, Kallen, Hadley and Brae; loving companion, Annamae Baker and her children Lynette (Dave) Koffron and Mark (Deanna) Rodman; and a host of extended family members, including in-laws, many nieces and nephews. Ed was preceded in death by his parents; wife; six brothers, Ray, Alvin, Bill, Milford, Dick, and Leo Koehn; and three sisters, Eileen Kuhse, Evelyn Clark, and Rose Lavon Matuska. The family would like to express their sincere gratitude and appreciation to Lynette and Dave Koffron and Mark and Deanna Rodman for all the love and utmost care they gave to Ed through the years. The continued support given to their father will never be forgotten. Memorials in Ed’s memory may be made to Iowa Honor Flight or Central City American Legion Post #421. Please share a memory of Ed at www.murdochfuneralhome.com under obituaries.

The family of Edwin "Ed" Arnold Koehn created this Life Tributes page to make it easy to share your memories.

Send flowers to the Koehn family.