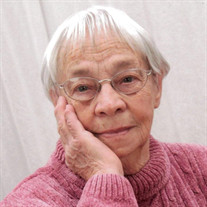 Eileen Reilly, 93, passed away on Thursday, March 4, 2021, with family at her side. A Parish Vigil Service will be held at 3 p.m. on Monday, March 8, 2021, at Murdoch Funeral Home & Cremation Service in Central City, Iowa. The family will greet friends following the Vigil Service until 7 p.m. on Monday at the funeral home. A Funeral Mass will be held at 11 a.m. Tuesday, March 9, 2021, at St. Stephen’s Catholic Church in rural Central City. Burial will take place at St. Patrick’s Cemetery in Monti, Iowa. All guests are respectfully requested to wear a face mask and practice social distancing. Eileen was born on March 24, 1927, to Mike and Alma (Thoman) Gessner. She graduated from Newhall High School in 1944 and worked at Iowa National. Eileen married John “Jack” Reilly on February 5, 1958, at St. Paul Catholic Church in Newhall, Iowa. They farmed and raised their family near Coggon and were members of St. Patrick Catholic Church in Monti. Jack preceded her in death in 1990. She moved to Central City in 2007 where she was a member of St. Stephen Catholic Church. Eileen was a woman of great faith known for her gardening and being a hard worker. She cherished her family and friends. Eileen is survived by her children, Karen Reilly, Mike (Amy) Reilly and Marcia Reilly; her grandchildren, Alissa, Hunter and Prestyn Reilly; her brother, Gerald (Karen) Gessner; her sister-in-law, Joyce Gessner; several nieces and nephews; and many friends. In addition to her parents and husband, Eileen was preceded in death by her brother, Marvin; in-laws, John and Stella Reilly, Louise Gessner, Catherine and JC Coleman, and Frances and Ed Houlahan; and her nieces and nephew, Cathy Coleman, John Coleman and Bonnie Schmelzer. The family would like to offer a special thank you to Reverend Nick March and Reverend Jim Brokman for their spiritual care of Eileen, especially during her final days. Memorials may be directed to the family.

Eileen Reilly, 93, passed away on Thursday, March 4, 2021, with family at her side. A Parish Vigil Service will be held at 3 p.m. on Monday, March 8, 2021, at Murdoch Funeral Home & Cremation Service in Central City, Iowa. The family will greet... View Obituary & Service Information

The family of Eileen Reilly created this Life Tributes page to make it easy to share your memories.

Send flowers to the Reilly family.