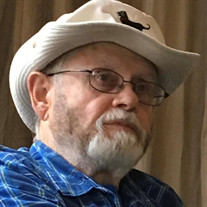 Ernest “Ernie” A. Radies, Jr., 81, of Marion, Iowa, was born in Long Beach, California, to Ernest A. Radies Sr. and Margaret Hilgenfeld on August 8, 1940. Always a California boy at heart, he passed away on Friday, March 18, 2022, in Covina, California, while visiting his brother, Van Radies of Rowland Heights, California. A funeral service for Ernie will be held at 1:30 p.m. on Monday, March 28, 2022, at Murdoch Funeral Home & Cremation Service in Marion, with a visitation one hour prior to service at the funeral home. Pastor John Albertson will officiate. Ernie married Mary Jean Hanson on January 23, 1988, in Parker, Colorado. Although Ernie and Mary Jean had no children of their own, they are the favorite uncle and aunt of many nieces, nephews, great nieces, and great nephews. He obtained his Associates Degree in Accounting from Woodbury College, while also serving in the California Army National Guard. The majority of his career was spent as an accountant for the exploration department of Cyprus Mines Corporation, headquartered in Englewood, Colorado. He retired in 2010, and spent time road tripping throughout the west, going to airshows, museums, Dairy Queen, and hobby shops. Ernie was a planner and always researched the route to optimize time and attractions. No reservations were made ahead of time because you never knew where the road would lead. Who needs Map Quest when you had Ernie. He could always find places of interest, places to stay, no matter how small or quirky, thanks to paper maps, tour books, and the book store. The backroad is always the best way to travel. City parks were a must for lunch stops with beloved pets, Ariel, Troik, and Cody. Ernie could always find newspaper or magazine articles and would snail mail things you were interested in whenever he thought about you. He loved trivia and was good at it. Enie could talk for hours about World War II and the Civil War. Who knows, he may have been there in a past life. Ernie loved ice cream and cookies and enjoyed making small scale models of military aircraft. He was an avid reader, but never listened to or downloaded a book. You could pick Ernie out in a crowd by his plaid shirts and Black Dog hat. Coming from a small family himself, he survived many a Hanson impromptu family gathering by turning off his hearing aids. Ernie is survived and lovingly remembered by his wife 34 years, Mary Radies of Marion; brother, Van Dwight Radies of Rowland Heights, California; and numerous nieces, nephews, great nieces and great nephews. He was preceded in death by his parents. Ernie’s wish was to have donations in his memory be made to Luther Manor in Dubuque, Iowa, in Vi Hanson’s name.

The family of Ernest "Ernie" A. Radies Jr. created this Life Tributes page to make it easy to share your memories.

Send flowers to the Radies family.