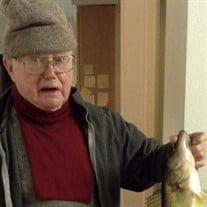 Foch Louis Beebe, 101, of Central City, Iowa, passed away on Thursday, March 17, 2022, at the Ed & Joan Hemphill Hospice Unit at St. Luke’s Hospital. In agreement with his wishes cremation has taken place and no funeral services are planned. Murdoch Funeral Home & Cremation Service of Central City is assisting the family. Foch was born on March 2, 1921, in Coggon, Iowa, the son of Ivan and Melissa (Waters) Beebe. He was a 1939 graduate of Central City High School. While Foch was still in high school, he began working for Kenny, and Malon Mills at Mills Hardware in Central City. After high school he continued to work at Mills Hardware until the US entered into World War II. During those years Foch enjoyed dancing and was the drummer in a couple of local Swing Bands. My Dad imparted to me a passionate love of music, but not too much talent; and an avid interest and adequate skills in hardware/handyman technologies. To aid in the United States’ war effort Foch moved to California in 1943 and worked in radio technology for several years. When the war ended, he returned to Iowa and began his career at Collins Radio as an Electronics Technician. He worked for Collins/Rockwell for over 40 years until his retirement in 1984. While on a skiing trip in Loveland, Colorado, Foch met Margarete “Margot” Schmidt, a beautiful, fiery woman from Cologne, Germany. He and Margot were united in marriage on May 4th, 1964, in Denver, Colorado. In 1965 Foch and Margot welcomed a baby girl, that they named Denise Margaret. The family made their lifelong home in Central City, Iowa. Foch was a Hunter and Fisherman his entire life. He could pick a carp out of the Wapsi River, standing in a canoe, with a bow and a bowfishing arrow. Not to mention that he could wrangle the wisest Bass out of that fish’s best hidey hole. He bow hunted deer every season for as long as I can remember. To Foch bow hunting in the autumn in Northern Linn County was the closest thing to heaven, and a completely peaceful existence that any human could achieve. He enjoyed it completely. Foch, of course, was a member of The North Linn Fish and Game Club. He will be greatly missed by all who knew and loved him. Foch is survived and lovingly remembered by his daughter, Denise Beebe Stuart (Grant) of Marietta, Georgia; two grandchildren, Jessie Pearl Stuart and Walter Eli Stuart both of Marietta; three siblings, Dixie Kenny of Central City, Iowa, Jack (Martha) Beebe of Arizona, and Hal Beebe of Central City, Iowa; brother-in-law, Don Wallace of Fairfield, Iowa; and several nieces and nephews. He was preceded in death by his parents; wife, Margarete Beebe; and three siblings, Dale Beebe, Jean Wallace, and Stanford Beebe. We as a family would like to extend our heartfelt thanks to Max and Pat Bales, Judy Murray, and Dixie Marie.

Foch Louis Beebe, 101, of Central City, Iowa, passed away on Thursday, March 17, 2022, at the Ed & Joan Hemphill Hospice Unit at St. Luke&#8217;s Hospital. In agreement with his wishes cremation has taken place and no funeral services are planned.... View Obituary & Service Information

The family of Foch Louis Beebe created this Life Tributes page to make it easy to share your memories.

Send flowers to the Beebe family.