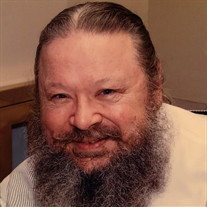 Gary Lee Strand, 73, of Springville, Iowa, passed away on December 1, 2021. Visitation will be held from 1 to 2 p.m. on Saturday, December 11, 2021, at Murdoch Funeral Home & Cremation Service in Marion, Iowa. A memorial service will follow, starting at 2 p.m. at the funeral home. Gary was born October 29, 1948, the son of Carlton and Geraldine (Caldwell) Strand. He grew up on their family farm near Central City and Wapsipinicon State Park. It was in that setting Gary learned the value of hard work, reverence for Nature and the strength of self reliance. Gary was a 1966 graduate of Central City High, then attended Marshalltown Junior College and Northeast Missouri State. His college studies centered on theatre and music. In 1972 Gary married Edith “Edie” Strand, and they treasured each other through their marriage for the next 49 years. The marriage was blessed with two wonderful sons, Erik and Durc. The family moved to the Springville area in the early 1980’s, where they re-forested their 10 acres by planting more than 12,000 trees. Tending to this habitat area was a huge part of family life. Gary’s working career included being a TV director for WMT-TV and a production coordinator for KTS at Kirkwood Community College. Later in his life Gary owned and ran a daycare business in the Strand home until his retirement. Gary’s interests were many and varied. His love of history allowed him to take part in historical re-enactments, to serve as a hunter safety instructor, to earn a certification as a wood lot manager, to be a traditional archer and a cowboy action shooter. Music was always a close companion. He played the bagpipes, sang in a barbershop group and performed with multiple music groups in different historical settings. From opera to folk to big band to the classics or jazz, Gary had a taste for it all. Gary is survived by his wife, Edie; his son, Erik, (Errin) of Washington, Iowa; his son, Durc, of Reno, Nevada; and three grandsons, Kolton, Conner and Cooper. Also surviving are his sisters, Cyndi Toms of Oak Harbor, Washington and Coni Kreisch (Ken) of Lake St. Louis, Missouri, plus nieces, nephews and cousins. Gary was a man of integrity and tenacity, a proud keeper of his Norwegian and American heritage. He was a good steward of his land, a devoted family man and had a laugh that was irresistible. Godspeed him, and may he dance on laughter’s silvered wings until next we meet. A memorial fund has been established in his honor.

Gary Lee Strand, 73, of Springville, Iowa, passed away on December 1, 2021. Visitation will be held from 1 to 2 p.m. on Saturday, December 11, 2021, at Murdoch Funeral Home & Cremation Service in Marion, Iowa. A memorial service will follow,... View Obituary & Service Information

The family of Gary Lee Strand created this Life Tributes page to make it easy to share your memories.

Gary Lee Strand, 73, of Springville, Iowa, passed away on December...

Send flowers to the Strand family.