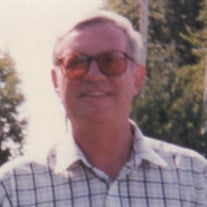 Gary Lee Whitman, 74, of Marion, Iowa, entered into eternal life as a believer in our Lord and Savior Jesus Christ on Tuesday, January 12, 2021, surrounded by his loved ones at The Views in Marion. The family will greet friends from 4 – 6 p.m. on Sunday, January 17, 2021, at Murdoch Funeral Home & Cremation Service in Marion. A Funeral Service will be held at 10:30 a.m. on Monday, January 18, 2021, at the funeral home, with Pastor Brody Tubaugh officiating. Burial with Military Honors will follow at Oak Shade Cemetery, Marion. All guests are respectfully requested to wear a face mask and practice social distancing. Gary was born on June 18, 1946, in Elkader, Iowa, the son of Maurice and Ivadene (Kelpien) Whitman. He attended Marshalltown Community College and Central College in Pella, Iowa. Gary served in the United States Air Force during the Vietnam War, being stationed at Lowry Air Force Base in Denver Colorado and UBON Air Base, Thailand. On August 28, 1971, in Mekinock, North Dakota, he was united in marriage to Diane Gail Agotness. He worked as an account representative, especially enjoying work at the former Rocky Mountain National Bank in Denver, Colorado. Gary was an avid Hawkeye Fan, followed the Big Ten Conference, loved March Madness, enjoyed working in his yard, watching old movies and listening to Rock-N-Roll music. He was a perfectionist and had a sense of humor that he shared with family and friends. Gary will be greatly missed by all who knew and loved him. Gary is survived and lovingly remembered by his wife of 49 years, Diane Whitman; two daughters, Laura (Candace) Whitman-Workman of Julian, West Virginia and LeAnn (Brian) Struchen of Marion; one grandson, Kylar Whitman; four step-grandchildren, Cameron, Chelsea, Sebastian and Eon; sister, Gaye (Dennis) VanHamme of Grinnell, Iowa; sister-in-law, Barb Connell of Northwood, North Dakota; and one niece, Tammie (Roger) Gregory. He was preceded in death by his parents. In lieu of flowers, memorials in Gary’s memory may be directed to UnityPoint Hospice.

Gary Lee Whitman, 74, of Marion, Iowa, entered into eternal life as a believer in our Lord and Savior Jesus Christ on Tuesday, January 12, 2021, surrounded by his loved ones at The Views in Marion. The family will greet friends from 4 &#8211;... View Obituary & Service Information

The family of Gary Lee Whitman created this Life Tributes page to make it easy to share your memories.

Send flowers to the Whitman family.