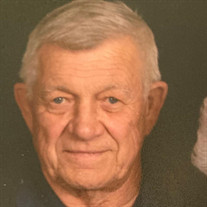 George W. Running, 83, of Dubuque, Iowa, passed away on November 2, 2020. Committal services will take place on Saturday, November 7, 2020, at 11a.m. at Center Point Cemetery in Center Point, Iowa. All guests are respectfully requested to wear a face mask and practice social distancing. Murdoch Funeral Home & Cremation Service in Marion, Iowa is in care of arrangements. George is survived by his son, Nathan Running of New York, New York; daughter, Kristi Running of St. Paul, Minnesota; sisters, Kristi (John) Carlson of Ames, Iowa, and Marjorie (George) Wharton of Decorah, Iowa. George was preceded in death by his wife, Kaye Running (2017); parents, O.M. (2012) and Marjorie (Olney) Running (1968); and sister, Marit (Franklin) Pudas (2019). George was born on March 25, 1937, in Tacoma, Washington, the only son of O.M. and Marjorie Running. The family moved to Chicago, Illinois, and eventually Decorah, Iowa, where George graduated from Luther College. He received his Master’s degree from the University of Northern Colorado. While in graduate school, George met Kaye Dennis and they were married June 8, 1968. He taught at Lake Mills Iowa schools for four years prior to spending over 30 years teaching social studies and coaching wrestling at Jefferson Junior High School in Dubuque before retiring in 1999. George was a member of the Dubuque Choral and the Friends of the Library for many years. In addition to teaching, painting houses and woodworking, he enjoyed art, reading, classical music and attended the Dubuque Symphony concerts regularly. George was cared for by many over the years and especially this past year. The family would like to thank his caregivers and friends for their support. In lieu of flowers, memorials may be sent to Carnegie Stout Public Library Foundation, Hospice of Dubuque, or a charity of the donor’s choice.

The family of George W. Running created this Life Tributes page to make it easy to share your memories.

George W. Running, 83, of Dubuque, Iowa, passed away on November...

Send flowers to the Running family.