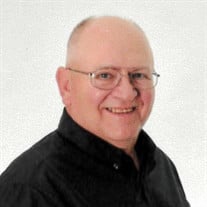 Gerald “Jerry” A. Norman, 70, of Springville, Iowa, passed away on Tuesday, November 17, 2020, at his home. Per Jerry’s wishes, cremation has taken place. A private Memorial Service will be held at Murdoch Funeral Home & Cremation Service in Marion conducted by Pastor Jeff Frohner. A livestream of the memorial service may be accessed on the funeral home website tribute page for Jerry under “photos and videos or media,” starting at 10:30 a.m. on Friday, November 20, 2020. Jerry was born November 4, 1950, in Riceville, Iowa, the son of Delbert and Paula (Geffert) Norman. He graduated from Riceville High School. On January 1, 1972, in Cedar Rapids, Iowa, Jerry was united in marriage to Barbara Ann Merritt. She preceded him in death on December 1, 2012. For 27 years he was employed at REXCO Equipment in Cedar Rapids, retiring in 2014. Jerry was an ultimate handyman. He enjoyed telling jokes, golfing, watching westerns, going on Canadian fishing trips, and spending time with his best friends, Mike Krall and Larry Glick. Jerry was a Minnesota Vikings and Iowa Hawkeye fan. He was the world’s best hugger and always happy. He will be greatly missed by all who knew and loved him. He is survived and lovingly remembered by his children, Terri (Kevin) Oppedahl of Hiawatha, Iowa, Mike (Lisa) Norman of Cedar Rapids and Stacey (Mason) Loftus of Logan, Iowa; six grandchildren, Christopher Oppedahl, Brynlee Norman, Macklin and Madden Loftus, and Isabelle and Elise Norman; brother, Ronald (Susan) Norman of Lime Springs, Iowa; and sister, Cindy (Richard) Huso of Fort Worth, Texas. Jerry was preceded in death by his parents; wife, Barbara; and son, David Norman. In lieu of flowers, a memorial fund has been established in Jerry’s name.

The family of Gerald "Jerry" A. Norman created this Life Tributes page to make it easy to share your memories.

Send flowers to the Norman family.