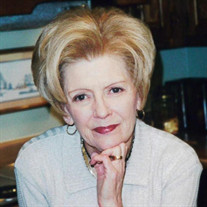 Gerd Bell, 89, of Amana, Iowa, formerly of Cedar Rapids, died on Saturday, October 30, 2021. A visitation will be held from 2:00 until 5:00 p.m. Sunday, November 7, 2021 at Murdoch-Linwood Funeral Home & Cremation Service, Cedar Rapids. A funeral service will take place at 10:30 a.m. on Monday, November 8, 2021 at St. Paul’s United Methodist Church, Cedar Rapids. Burial will follow at Cedar Memorial Park Cemetery in Cedar Rapids. Gerd was born November 3, 1931 at her paternal grandmother’s home in Fana, near Bergen, Norway, the second of four children to Einer and Edith (Hansen) Michelsen. She was baptized and confirmed Lutheran. Gerd enjoyed a simple, traditional Norwegian upbringing. Her father worked as a taxi driver to support his growing family. In 1940, the Nazis invaded Norway. Gerd saw firsthand the horrors of occupation; she witnessed a dear Jewish friend and her whole family taken from their community as well as her own father’s brief imprisonment by the Gestapo. Gerd’s childhood school was attacked during an Allied bombing of her hometown, and she and her siblings were forced to separate from each other when they were moved to the countryside in an effort to keep them safe. During the occupation, Gerd had the opportunity to study at the Bergen Conservatory of Music and maintained a love of piano throughout her lifetime. She was known for playing piano during family holiday gatherings and also enjoyed giving piano lessons to young children. After the Nazi occupation had ended, 17-year-old Gerd was encouraged by her mother to go to the United States. She was sponsored by her aunt in New York to come by ship in 1949. Gerd lived with a Norwegian tailor family and worked as a maid to support herself, until she moved to Chicago in the early 1950s. Gerd met Guy Rich in Chicago, and the two were married on February 14, 1952 in Evanston, Illinois. They later divorced. After starting her family, Gerd moved to Cedar Rapids, Iowa. She worked at National Oats and later served as secretary to Cedar Rapids Mayor Don Canney. She also worked in the Cedar Rapids Building and Planning Department in the 1960s. In the early 1960s, Gerd was very proud to earn her United States citizenship. Gerd and her family were members of St. Paul’s United Methodist Church. They loved spending vacations in Ludington, Michigan, and enjoyed traditional Norwegian holidays in Chicago with Gerd’s parents and extended family. Gerd married John Bell in Chicago on December 7, 1972. Gerd and John loved spending summers in Door County. In her later years, Gerd worked at Dr. Crestinger’s chiropractic office in Cedar Rapids, as well as Younkers and Von Maur. In their retirement, Gerd and John enjoyed travelling and spending time with family, including hosting special Christmas gatherings. In 2005, Gerd had the opportunity to return to her birthplace with her husband and grandchildren, Sven and Elsa, to visit family and reconnect with her roots. Gerd and John moved to Amana in March of 2016, where they took part in many family dinners, long drives in the country, and visits to the Old Creamery Theater. Gerd had a rich life story. She will be deeply missed by those who loved her. She is survived by her son, Walter (Cappie) Rich; sons-in-law Frank Wilson and Dave Wright; step-son Michael Bell; grandchildren Sven (Stephanie Benish) and Olaf Wilson, Elsa Wright, and Lisa Nordase; six great-grandchildren and one great-grandchild yet expected; as well as brother Jan Michelsen. Gerd was preceded in death by her parents; siblings Wenche Thommssen and Gunnar Michelsen; first husband, Guy Rich; second husband, John Bell in December of 2020; two daughters: Diane Wilson and Ingrid Wright and her unborn son, Dillon; step-son Gordon Bell; and step-grandson Ben.

The family of Gerd Bell created this Life Tributes page to make it easy to share your memories.

Send flowers to the Bell family.