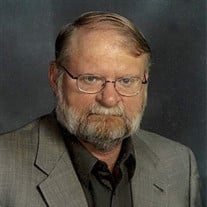 Glenn Alvin Williams passed Wednesday, January 6, 2021, age 73. Diabetes took its toll. He was in hospice care at St. Luke’s Hospital, Cedar Rapids, Iowa. Private family services will be held. All invited guests are respectfully requested to wear a mask and practice social distancing. Murdoch-Linwood Funeral Home & Cremation Service in Cedar Rapids is assisting the family. He was born on October 14, 1947, in Cedar Rapids, the son of loving parents, Donald and Evelyn, who have since passed; a sister, Donna Larson (Larry) survives. He married Barbara Nelson in 1973. They divorced after 24 years. He had a daughter, Kristina Williams-Elder (Jason); grandson, Jaxson Segriff; grandson, Dylan Elder; step-son, Mike Nelson; and step-daughter, Shawna Blauer. He married Carolyn Sue Snyder in 2000, who gave him much love and comfort until his death. This marriage added to a blended family a son, Michael Snyder (Linda); a daughter, Heather Ann Klemme (Bob); and grandsons, Dillon Snyder, and Drake Klemme (Amanda). Glenn graduated from Jefferson High School in 1966 along with a lifelong friend, Michael Kohler, now of Portland, Oregon. He served four years in the Navy as a radioman. He worked as an electrician for Quaker Oats for 25 plus years, later taking a job in management. After eight years going to school at night, he held an Associate Degree from Kirkwood Community College in Electronics Engineering and a Bachelors Degree from Mount Mercy College in Philosophy and Management. His time at Mount Mercy was some of the best in his life. Glenn had a wonderful sense of humor and enjoyed many hobbies during his life including amateur radio, model boat building, tinkering, and creating. His dad taught him fishing at an early age which progressed to adult fishing trips to Canada for many years with his friend Paul Shaffer of Aurora, Iowa. A favorite hobby was golf later in life with many carefree and wonderful hours with his golfing buddy, Ed Pini of Mechanicsville, Iowa. Glenn was an active member of Hope Lutheran Church in Cedar Rapids and tried to keep up attendance even after he became disabled and wheelchair bound. Always a softie of sorts he loved the assorted pets, both dogs and cats, he had over the years.

The family of Glenn Alvin Williams created this Life Tributes page to make it easy to share your memories.

Send flowers to the Williams family.