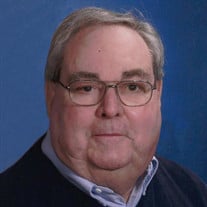 Gregory O. Hapgood, Sr., 83, of Marion, passed away peacefully at St. Luke’s Hospital, in Cedar Rapids on Sunday, October 31, 2021, after a long illness. A visitation will be held from 4 to 7 p.m. Thursday, November 4, 2021, at Murdoch Funeral Home & Cremation Service, 3855 Katz Dr., Marion. Funeral service will be held at 10:30 a.m. Friday, November 5, 2021, at First Presbyterian Church, 802 12th St., Marion. A private family burial will be held at a future date. Greg was born to Frank and Nadine Hapgood in Cedar Rapids, Iowa, on January 18, 1938, the middle of five children. After graduating from Blairstown High School in 1955, he attended Iowa State Teachers College (now UNI) and the University of Iowa, before graduating from Worsham College of Mortuary Science, Chicago, Illinois in 1959. Greg married Nancy Kay Horning on January 13, 1962, at First Presbyterian Church in Marion. Together they had four children. He was a funeral director for Murdoch Funeral Home & Cremation Service from 1960-1978 and then became an independent insurance agent, retiring in 2011 from Neighbor Insurance. Greg volunteered in the Marion community and participated in many civic activities and organizations for more than 60 years. He was a 60-year member of First Presbyterian Church in Marion and served as a deacon, captain of ushers, Sunday school teacher and youth group leader. Greg was a charter member of the Marion Jaycees and later served as the national director of the U.S. Jaycees. He served as mayor of Marion from 1969-1972. Greg was a charter member of the Marion-East Cedar Rapids Rotary, serving as club president in 1979, and having a perfect 50-year attendance record. He was a Rotary Paul Harris Fellow and also served as a Rotary District Governor. Greg was the president of the Marion Chamber of Commerce in 1984 and chaired the Marion Sesquicentennial committee in 1989, which has evolved into the annual Swamp Fox Festival. He served as a trustee of the Marion Water Board from 1974-2021. Greg was a member of the Grand Lodge of Iowa, A.F. & A.M. for more than 50 years. He served on the Marion School Board for six years and was one of the founders of the Marion Independent School Foundation, where he served as the board president for more than 30 years. Greg was a co-founder of the Chicken Little Chapter of the Phlat Erth Society. He deeply enjoyed building the Marion community and helping its residents achieve an outstanding education and unmatched quality of life. Outside of work and civic activities, Greg enjoyed spending time with his family and friends, cheering for the Iowa Hawkeyes and Marion Indians, traveling, genealogy, reading, and ice cream. He never met a pie he didn’t like. Of all the figurative hats he wore during his lifetime, “Grandpa” was his favorite title. Greg is survived by his wife of 59 years, Nancy; children, Holly (Eric Gavin) and Heather of Cedar Rapids, Greg, Jr. (Deb Kleiman) of Alexandria, Virginia, and Hal (Kelly) of Plymouth, Minnesota; grandchildren, Avery, Van, Carver, and Levi Novak and Kate and Maggie Hapgood; sister, Harriet (RJ) Roberts; brother, Corey (Donna) Hapgood; and many extended family members. Greg was preceded in death by his parents and brothers Dick and Jon. Memorials may be directed to the Marion Independent School Foundation and Alumni Association.

The family of Gregory Hapgood Sr. created this Life Tributes page to make it easy to share your memories.

Send flowers to the Hapgood family.