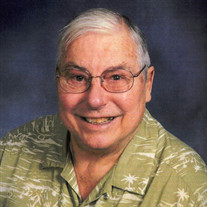 Harold Newell Clark, 84, of Hiawatha, Iowa passed away on January 18, 2022 with Marlene Shaben at his side. A memorial service will be held at 1:00 p.m. on Wednesday, April 27, 2022, at St. Mark’s Lutheran Church, 8300 C Avenue, Marion, Iowa. Burial will follow at Linwood Cemetery, 520 Wilson Avenue SW, Cedar Rapids, Iowa. He was born January 4, 1938, in Hopkinton, Iowa the son of Dale Saunders and LoRee Mae (Gillilan) Clark. He married Deanna Marie Cheatham on October 1, 1955. A spring memorial service will be announced. Murdoch-Linwood Funeral Home & Cremation Service in Cedar Rapids, Iowa, is assisting the family. He graduated from Roosevelt High School in Cedar Rapids in 1956 and received a degree in Fire Science from Kirkwood Community College in 1977. He enjoyed working as a Cedar Rapids Fire Fighter and retired as a captain in 1993. Afterward, he started Precision Equipment Services, which was a company that repaired commercial paint pumps and sprayers. Although Harold liked to travel, there was no place better than home, where he had his own kitchen, garden, and shop areas. A lot of time was spent in the kitchen. He collected a book of recipes that only he could lift. He baked breads. He cooked crab legs, lobster tails, clams, oysters and other seafood. He had recipes for several of his favorite Mexican dishes. He had more spices in his cabinet than a Moroccan market. The garden was always something to look forward to. He would browse through seed and bulb catalogs throughout the winter. There was always something new to plant, like a tomato that was supposed to weigh 5 pounds. His health was poor this year, but he still ordered some special tulip bulbs and directed that they be planted for spring. The deck was a cafeteria for birds; Hummingbirds, Orioles, Cardinals and various other birds would come to feed right outside the sliding glass door. Harold had a gadget for every purpose. He found them in magazines and on-line. There was nothing he felt he couldn’t fix with his collection of glues. Harold dabbled in a lot of hobbies but working with stained glass was one of his favorites for many years. Harold rarely missed a Hawkeyes’ game, whether it was football or basketball. Auctions were a pastime. It didn’t matter what was being sold. He didn’t want to miss a good deal! He was no stranger to the dance floor. He and Marlene enjoyed dancing at places in and around Cedar Rapids. His friends will miss his little quips and one-liners that he would throw out and wait for you to catch, with a devilish smile on his face. Harold is survived by one son, Richard; four grandchildren; five great-grandchildren; and partner of 12 years, Marlene Shaben of Prairie du Chien, Wisconsin. He was preceded in death by his parents, wife, son, Russell, and brother, Calvin.

The family of Harold Newell Clark created this Life Tributes page to make it easy to share your memories.

Harold Newell Clark, 84, of Hiawatha, Iowa passed away on January...

Send flowers to the Clark family.