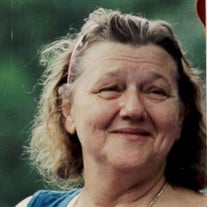 Irma Mildred Kucera, 91, of Marion, quietly passed away at her home on Tuesday, March 23, 2021. A memorial mass will be held on Saturday, April 17, 2021 at St. Matthew’s Catholic Church in Cedar Rapids with inurnment at a later date at St. Patrick’s Catholic Cemetery in Tama, Iowa. Irma was born on February 9, 1930, in Tama, Iowa, the daughter of Louis W. and Lottie R. (Kupka) Zeman. She graduated from Tama High School and then attended Iowa State Teacher’s College, Loras College and graduated from Mercy College of Nursing. On August 25, 1952, Irma was united in marriage to Robert Charles Kucera. He passed away on August 24, 2015. She was employed as an industrial nurse at Duane Arnold Nuclear Center, Wilson’s Packing Plant, and Farmstead Foods. Irma was a member of the St. Matthew Catholic Church in Cedar Rapids, Iowa. She is survived by her children, Roxanne (Roger) Dunyon of Anamosa, Lorna (Tom) Perkins of Tama, William (Brenda) Kucera of Kansas City, Kansas, Natalie (Al) Mass of Amana, Brenda (Phil) Akers of Holt, Missouri, and L. Louis Kucera of Marion; eight grandchildren; and seven great-grandchildren. Irma was preceded in death by her parents; husband, Robert C.; infant daughter, Jacqueline Anne; and sister in infancy, Gwendolyn. Mom’s Legacy Irma loved her 6 kids, engineering her time to be available to all. She was God’s secret angel in times when others needed extra help through a tough time. Irma had a lively spirit and spunky responses to everyone even during her own time of pain and changing of seasons. Her legacy is one of smiles and courage, and a listening ear. She was “Mother K” to many throughout the years. Irma would tell us even now to “Keep smiling and praying for everyone, everywhere, friend and foe alike”. Amen Irma

Irma Mildred Kucera, 91, of Marion, quietly passed away at her home on Tuesday, March 23, 2021. A memorial mass will be held on Saturday, April 17, 2021 at St. Matthew&#8217;s Catholic Church in Cedar Rapids with inurnment at a later date at... View Obituary & Service Information

The family of Irma Mildred Kucera created this Life Tributes page to make it easy to share your memories.

Irma Mildred Kucera, 91, of Marion, quietly passed away at her...

Send flowers to the Kucera family.