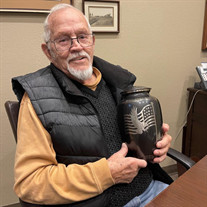 Jack Wilbert Rowray, 89, of Cedar Rapids, Iowa, formerly of Fairfax, Iowa, passed away on April 18, 2022, at Northbrook Manor. The family will greet friends and family from 4 – 6 p.m. on Sunday, April 24, 2022, at The Legacy Center at Murdoch-Linwood in Cedar Rapids. Private family burial will take place at Linwood Cemetery in Cedar Rapids. Jack was born on January 6, 1933, in Cedar Rapids, the son of Maynard and Bessie (Edmunds) Rowray. After graduating from Roosevelt High School, Jack honorably served his country in the United States Navy from 1951 – 1953. He was united in marriage to Charlotte Meyer on January 25, 1955. The couple divorced after 56 years. He worked as a commercial carpenter until he retired in 1997. Jack was a member of the Fairfax American Legion and a former member of the Elks. He had a great sense of humor and was known for his witty one liners. Bowling was his passion and he also liked to relax with a good book. Jack will be missed by those who knew and loved him. Survivors include his children, Deb Wellington of Cedar Rapids, Jeff (Lisa) Rowray of Albany, Oregon, Jerry Rowray of Cedar Rapids and Teresa (Tim) Jamison of Lisbon; ten grandchildren; seventeen great-grandchildren; one great-great-grandchild; sisters, Bessie Mae McCright of Cedar Rapids, Shirley Wiggins of Center Point, Iowa, and Lora Crawford of Cedar Rapids; very, very special friend, Donna Craft of Cedar Rapids; and special pet friends, Oscar and Ollie. Jack was preceded in death by his parents; grandchild, Logan Beck; brothers, Dick, Maynard, Lloyd, Norman, and Victor; and sisters; Mary Louise, Myrtle, and Myra Sue. Memorials may be directed to the family.

The family of Jack Wilbert Rowray created this Life Tributes page to make it easy to share your memories.

Send flowers to the Rowray family.