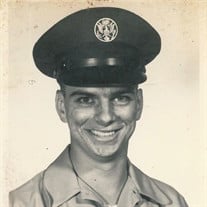 James Alan Lee, of Iowa City, and formerly of the Troy Mills area, died peacefully on April 4, 2021, Easter Sunday, after a short illness. Jim was the eldest son of James Wesley and Jewel Catherine Lee. He was born on February 18, 1944, in Newport, Rhode Island, while his father was serving overseas in the military. In 1950, the family moved to their farm south of Troy Mills, Iowa, where Jim grew up on the farm and attended Troy Mills Consolidated Schools, graduating in the class of 1962. After high school Jim attended the University of Iowa for one year, then enlisted in the United States Air Force where he served from 1964 - 1968. After his military service he returned to the University of Iowa, graduating in 1973, with degrees in Physics and Applied Mathematics. He then worked for the University of Iowa Physics department and provided support for their space projects. He was especially proud of his work as Project Manager for the University’s package on the Galileo spacecraft, which traveled to the planet Jupiter. Jim also worked for Rockwell International before his retirement. On August 23, 1969, Jim married Faith Marie Cunningham at First Assembly of God Church in Cedar Rapids. Jim and Faith made their home in Iowa City, where they raised their two sons, James and John. Jim was an avid gardener, a lifelong learner, loved books and music, and was a devout Christian. Jim is survived by his wife of 51 years, Faith Lee of Iowa City, and his sons, Jim (and wife, Kanisorn) of Clive, Iowa, and John (and wife Joni) of West Pawlet, Vermont. Jim was a fond “Bampa” to his grandchildren, Winslow, James, Marin, Alouette, and Sylvan. He is also survived by two brothers, Steven of rural Walker, Iowa, and Leonard of Abbotsford, British Columbia, and a sister, Joan Van Riper of West Fork, Arkansas. In accordance with Jim’s wishes there will be no visitation. Private family services will be held with burial at Mount Clark Cemetery in Central City, Iowa. In lieu of flowers, donations may be made to the Troy Mills Historical Society, 5890 Troy Mills Road, Troy Mills, IA 52344.

James Alan Lee, of Iowa City, and formerly of the Troy Mills area, died peacefully on April 4, 2021, Easter Sunday, after a short illness. Jim was the eldest son of James Wesley and Jewel Catherine Lee. He was born on February 18, 1944, in... View Obituary & Service Information

The family of James Alan Lee created this Life Tributes page to make it easy to share your memories.

James Alan Lee, of Iowa City, and formerly of the Troy Mills...

Send flowers to the Lee family.