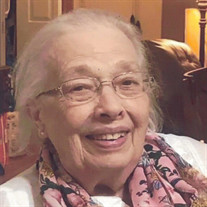 Janice Shirley Berridge, 87, of Cedar Rapids, Iowa, passed away on Thursday, November 11, 2021, at her home. The family will greet friends and family from 5:00 to 7:00 p.m. on Friday, November 19, 2021, at Murdoch Funeral Home & Cremation Service in Marion, Iowa. Funeral services will be held at 10:30 a.m. on Saturday, November 20, 2021, at the Lutheran Church of the Resurrection, located at 3500 29th Avenue in Marion, where an additional visitation will take place one hour prior to the service. Committal services will follow at 2:30 p.m. on Saturday, at Campton Cemetery, near Lamont, Iowa. Janice was born on September 6, 1934, in Arlington, Iowa, one of five children to Herman and Caroline (Gamm) Marquardt. She was a 1953 graduate of Arlington High School and went on to attend Wartburg College in Waverly, Iowa. On September 26, 1954, Janice was united in marriage to Robert Berridge in Oelwein, Iowa. To this union, six children were born, Pearl, Alice, Bobby, John, Jim, and Peter. For a short time, Janice worked at Northwestern Bell Telephone Company as a telephone operator. Once her children were born, she found her true passion of being a mother. Janice dedicated her life to her family and being involved in their numerous activities. Janice found herself running between music, football, baseball, wrestling, 4-H, Girl Scouts, and church activities. She was an active member of the Lutheran Church of the Resurrection, the Eastern Iowa Heirloom Quilters (EIHQ) and the American Legion Auxiliary. Janice will be greatly missed by all who knew and loved her. Janice is survived and lovingly remembered by her husband of 67 years, Robert Berridge of Cedar Rapids; six children, Pearl LaPointe of Winnebago, Nebraska, Alice (Paul) Fisher of Denver, Colorado, Bobby (Lisa) Berridge of Chicago, Illinois, John Berridge of Winnebago, Nebraska, Jim (Elaine) Berridge of Portage, Indiana, and Peter (Jenny) Berridge of Minneapolis, Minnesota; four siblings, Martin (Setsuko) Marquardt of Salinas, California, Pauline (George) Grovert of Shellsburg, Iowa, Mary (Lon) Seeman of Newhall, Iowa Roger (Rosemary) Marquardt of Marengo, Iowa; 17 grandchildren; 40 great-grandchildren; eight great-great-grandchildren; and numerous nieces and nephews. She was preceded in death by her parents, Herman and Caroline Marquardt; and one son-in-law, Daryl LaPointe, Sr. The family would like to express their sincere gratitude to the nurses and caregivers with Hospice of Mercy and all the staff at Grand Living at Indian Creek for the love and care they gave to Janice during her final days. Memorials in Janice’s memory may be directed to either Lutheran Church of the Resurrection or Marion American Legion Auxiliary Unit 298.

The family of Janice Shirley Berridge created this Life Tributes page to make it easy to share your memories.

Send flowers to the Berridge family.