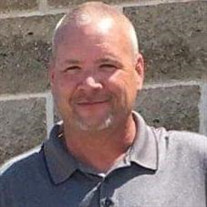 Jason Philip Snitkey, 50, of Clive, Iowa, formerly of Walker, Iowa, passed away on Saturday, February 20, 2021, following a sudden illness, at the University of Iowa Hospital and Clinics in Iowa City, Iowa. Four months and five days earlier, Jason’s father, H. Philip “Phil” Snitkey, 73, also of Clive, and formerly of Walker, passed away on Thursday, October 15, 2020, at Unity Point Health - Iowa Methodist Medical Center in Des Moines, Iowa. Please join the Snitkey family in celebrating the lives of Phil “Pops” and Jason “J” as we Eat, Drink, and Be Irish in their honor. Bring your stories and memories to remember and honor them while having a good time, which is what they had asked for and wanted. An Irish Wake for both Phil and Jason will be held from 3 to 7 p.m. on Saturday, July 24, 2021, at Walker City Park North Pavilion, located at 306 Park Street, in Walker. Feel free to come and go as you please. Food will be served beginning at 4 p.m. and a limited selection of beverages will be available. Please dress casual. BYOB if you would like (just make sure you bring it in a cooler!). Slainté (“Cheers” in Irish)! *************************************************************************************************************** Jason was born on January 9, 1971, in Cedar Rapids, Iowa, the son of H. Philip “Phil” and Carol (McMillen) Snitkey. He was a 1989 graduate of North Linn High School. On September 4, 1999, Jason was united in marriage to Elizabeth Ann Zlabek in Walker. To this union, four children were born. Jason and Elizabeth later divorced. In his younger years, Jason attended Walker United Methodist Church. Truck driving was his passion; he was a semi-truck driver for nearly 20 years, most recently with JMS Trucking in Cedar Rapids. Jason was a proud volunteer and loved serving on the Walker Fire Department for 20 years. He enjoyed following NASCAR and was an avid sports fan, cheering on the Iowa Hawkeyes and the Chicago Cubs. He loved dogs, cooking on the grill, and outdoor projects. Jason especially loved being with his family and friends. He had a booming voice and a contagious laugh that will forever be missed by all who knew and loved him. Jason is survived and lovingly remembered by his four children, Nicole Snitkey of Dubuque, Iowa, Mason Snitkey, Noel Snitkey, and EmmaLee Snitkey all of Walker; their mother and former wife, Elizabeth Snitkey of Walker; his mother, Carol Snitkey of Clive; brother, Shawn (Kelly) Snitkey of Cedar Rapids; sister, Erin Snitkey of West Des Moines, Iowa; niece, Hannah Snitkey; nephew, Brennan Snitkey; and a host of extended family members, including aunts, uncles, many cousins, and friends. He was preceded in death by his father, Phil Snitkey in October of 2020; one aunt, Kathy Barron in August of 2020; and one uncle, Phil Kuhn in January of 2021. A joint Irish Wake and celebration for both Jason and his father, Phil, will be announced by the family later this year. A memorial fund has been established for his children and memorials may be sent to Walker State Bank in care of the Jason Snitkey Memorial Fund at 116 Greene Street in Walker, Iowa, 52352. The family would like to express their sincere heartfelt gratitude to all the staff with the Cedar Rapids Area Ambulance, Cedar Rapids Fire Department, St. Luke’s Hospital, and the University of Iowa Cardiovascular ICU for the care and compassion they gave to Jason.

The family of Jason Philip Snitkey created this Life Tributes page to make it easy to share your memories.

Send flowers to the Snitkey family.