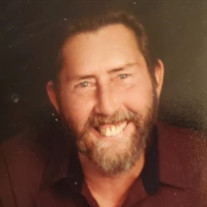 Jerry Allen Kilts, 74, of Cedar Rapids, Iowa, passed away Friday, December 10, 2021, at Mercy Medical Center, Cedar Rapids. Visitation: 4 – 6 p.m. Wednesday, December 15, 2021, at Murdoch-Linwood Funeral Home & Cremation Service, Cedar Rapids. Funeral Service: 2 p.m. Thursday, December 16, 2021, at the funeral home. A luncheon will follow the service at Hope Lutheran Church, 2736 Bowling Street SW, Cedar Rapids, Iowa. Jerry was born on January 23, 1947, in Cedar Rapids, Iowa, the son of LaDonna Mae Kilts. He graduated in 1966 from Washington High School. Jerry enlisted and served his country honorably in the United States Navy during Vietnam. On April 23, 1983, Jerry was united in marriage to Connie Hinzman in Cedar Rapids. He was a printer that worked for Wagners Printers and the University of Iowa Printing Department prior to his retirement in 2010. Jerry loved to watch old movies and his favorite movie was A Christmas Carol. He enjoyed golfing, bowling and taking care of his lawn while riding his mower. Above all, the happiest moments Jerry had were spent at home with Connie. Survivors include his wife, Connie Rae Kilts; daughter, Kimberly Rae; brothers, Donald Kilts, Raymond (Shirley) Kilts, and Charles (Denise) Bammert; several nieces and nephews; as well as his beloved cats, Molly and Scarlett. Jerry was preceded in death by his mother, LaDonna and sister-in-law, Kathy Kilts. Memorials may be directed to the family.

The family of Jerry Allen Kilts created this Life Tributes page to make it easy to share your memories.

Send flowers to the Kilts family.