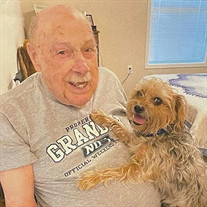 James (Jim) A Mincks passed away on October 18, 2021, at the Mercy Hospice House in Hiawatha, Iowa following a brief illness. He chose to be cremated and his remains will then be inurned with his late wife Dixie in Iowa City, Iowa. Jim was born on July 26, 1928, in Drakesville, Iowa, to William and Vira Mincks, and was the second of 10 children. Jim left school at a young age to help the family with the farm. When old enough, he enlisted in the United States Navy and served in the Korean Conflict aboard the USS Saint Paul. While on board, he crossed the equator and received the honor of a certificate as he was now a “shellback”. Once discharged from the service, he returned home and married Dixie D Cole on May 2, 1953. Jim then went to work for the Rock Island Railroad. Jim and Dixie moved to Iowa City and had 2 children, Chuck and Chris. They restored many antiques and a few homes in their spare time. Following their retirements, Jim and Dixie moved to West Plains, Missouri to a small hobby farm. Jim enjoyed raising young calves and tooling around the farm. The two of them spent many hours driving around the countryside, visiting old cemeteries and researching family history. Following the death of Dixie in 2014, Jim eventually moved back north to Marion, Iowa to be closer to his immediate family. But before moving north, he was able to visit Washington DC as part of the Missouri Honor Flight. He thoroughly enjoyed that trip. He loved driving aimlessly around the countryside, walking his dog, Bruno, watching the Hawkeyes and westerns on television and visiting with family and friends. Jim was very social and loved to talk to anyone and everyone. He made friends everywhere he went. Jim is survived by his son Chris (Lisa) of Crystal, Minnesota, daughter-in-law Sue of Marion, Iowa, grandchildren Duncan (Kathryn) of Minneapolis, Graham of Minneapolis, Christi (Duane) Geyer of North Liberty, Iowa, Nikki (Brandon) Cuaresma of Anchorage, Alaska, and Mike Mincks of Fairbanks Alaska and great- grandchildren Faith, Addy, Jace, Koa and Adira, and his brother Bill (Joyce) of Tennessee and his loyal companion, Bruno. Jim is preceded in death by his wife Dixie, his son Chuck and siblings Jack, Gene, Larry, Donald, Dick, Wilma, Carol and Mary and his parents. Murdoch Funeral Home & Cremation Service in Marion is assisting the family.

James (Jim) A Mincks passed away on October 18, 2021, at the Mercy Hospice House in Hiawatha, Iowa following a brief illness. He chose to be cremated and his remains will then be inurned with his late wife Dixie in Iowa City, Iowa. Jim was... View Obituary & Service Information

The family of Jim Mincks created this Life Tributes page to make it easy to share your memories.

Send flowers to the Mincks family.