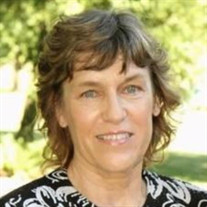 Jody Lea Wieck, 69, of Marion, Iowa, formerly of Cedar Rapids, Iowa, passed away Tuesday, March 22, 2022, at Silver Oak Nursing Home in Marion, after a battle with Alzheimer’s dementia. Visitation: 5 – 7 p.m. Friday, March 25, 2022, at Murdoch-Linwood Funeral Home & Cremation Service, Cedar Rapids. Funeral Service: 10 a.m. Saturday, March 26, 2022, at the funeral home. A livestream of the funeral service may be accessed on the funeral home website tribute page for Jody, under “photos and videos,” starting at 10 a.m. on Saturday, March 26, 2022. A light reception will immediately follow the service at The Legacy Center at Murdoch-Linwood, Cedar Rapids. Burial will take place at Evergreen Cemetery in Delhi, Iowa at 1:30 p.m. Saturday. Jody was born on December 30, 1952, in Waterloo, Iowa, the daughter of Merton and Phyllis (Sheppard) Kramer. She was raised in Cedar Falls, Iowa and spent her summers on Lake Delhi. When she was young, she enjoyed ballet, horse riding, playing badminton, and caring for animals. Jody loved boating, waterskiing, fishing, and playing cards. After high school graduation, Jody earned a bachelor’s degree in special education from the University of Northern Iowa. She was previously married to Steve Seamen, Kadi’s father, then to Gregory Platt, Kara’s father. On May 18, 2001, Jody was united in marriage to Greggory “Gregg” Wieck at The Little Brown Church in Nashua, Iowa. She worked with individuals with intellectual disabilities as a direct support professional at Crest Services where her daughter also worked. Jody was previously a special education teacher in Marshalltown, Iowa. She also worked at Diet Works as a weight loss counselor and Happy Joe’s Pizza as a hostess in Galesburg, Illinois, Marshalltown, Iowa, Mason City, Iowa, and Cedar Rapids. Jody was a former member of St. Matthew Catholic Church and a current member of Apostolic Church of Anamosa. She was a committed Christian and a “friend of Bill W.” Jody loved to read the Bible and share the Word of God. She enjoyed helping everyone and caring for her home. Jody was a wonderful woman who will be deeply missed. Survivors include her husband, Greggory Wieck of Cedar Rapids; daughters, Kadi Jo (Ben) Mills of Cedar Rapids and Kara Marie Platt of Hana, Hawaii; and sister, Korby (William “Billy”) Manor of Des Moines, Iowa. Jody was preceded in death by her parents and grandparents, Mildred “Mamie” and Howard Sheppard. Memorials may be directed to the family.

The family of Jody Lea Wieck created this Life Tributes page to make it easy to share your memories.

Send flowers to the Wieck family.