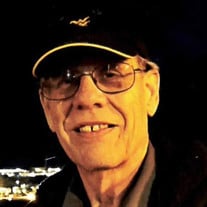 John William “Bill” Dulin Jr., 76, of Iowa City, Iowa, passed away Saturday, August 7, 2021, at home surrounded by his family. Funeral Services will be held at 11:30 a.m. Wednesday, August 11, 2021, at St. Thomas More Catholic Church, Coralville, Iowa with visitation to begin one hour prior. Burial: Oakland Cemetery, Iowa City. Bill was born April 19, 1945. He grew up in Iowa City and graduated from University High School. After his military service, he returned to Iowa City and married his wife of 53 years, Judy McKinney. He graduated from St. Ambrose University and had a career in farm management. Later, he would switch gears and spend the last 20 years as co-owner and operator of Newports Flowers in Cedar Rapids with Judy. Bill was a beloved father and grandfather. He adored all his grandchildren and loved spending as much time as possible with all of them. Survivors include his wife, Judy; children, Elizabeth (Mark) Phelps of Iowa City, John (Shannon) Dulin of Norman, Oklahoma, and William (Moriah) Dulin of Cedar Rapids; and grandchildren, Alexandra, Brady, John Milo, Hazel, and Samuel. Bill was preceded in death by his parents; brother, John; and sister, Mary.

The family of John ‘Bill’ William Dulin Jr. created this Life Tributes page to make it easy to share your memories.

Send flowers to the Dulin family.