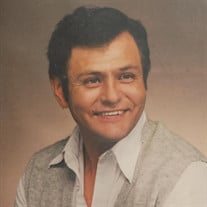 John Francis Wendling, 73, of rural Dundee, Iowa, passed away on Thursday, March 3, 2022, at his home. In accordance with his wishes, cremation has taken place. The family will greet friends and family from 9:30 to 11:00 a.m. on Saturday, March 12, 2022, at Murdoch Funeral Home & Cremation Service in Marion, Iowa. A celebration of John’s life will follow at 11:00 a.m. on Saturday, at the funeral home. A private committal service will take place at a later date. John was born on February 3, 1949, on Leech Lake Reservation, in Ball Club, Minnesota, the son of Lyle Birt and Cecilia Nason. In 1962, John was adopted by Francis and Geraldine (Hilliger) Wendling. He grew up on their dairy farm, bailing hay and milking cows by hand. John was a 1968 graduate of Manchester High School in Manchester, Iowa, where he was a gifted athlete, playing football, basketball, and wrestling. He went on to attend Wartburg College, where he also played football. John was united in marriage to Kathleen Maley in 1968. To this union, two sons were born, Christopher and Brian. John and Kathleen later divorced. John married Vivian Hartman in 1990, and to this union, their son Jacob was born. John and Vivian also later divorced. He worked in general maintenance at Kirkwood Community College. John was the “Jack of all trades”. He enjoyed the outdoors, camping, and canoeing. During his retirement, John was an avid reader and enjoyed the simple life. He especially enjoyed spending time with his family. John will be greatly missed by all who knew and loved him. John is survived by his three sons, Christopher Wendling of Lisbon, Iowa, Brian (Sarah) Wendling of Cedar Rapids, Iowa, and Jacob Wendling of Cedar Rapids; seven grandchildren, Forrest, Chelsea, Hannah, Keeli, Jace, Emma, and Cade; five great-grandchildren; and five siblings, Lila, David, Lyle, Linda, and Lani. He was preceded in death by his parents; and five brothers. In lieu of flowers, memorials in John’s memory may be made to the family to be designated later.

John Francis Wendling, 73, of rural Dundee, Iowa, passed away on Thursday, March 3, 2022, at his home. In accordance with his wishes, cremation has taken place. The family will greet friends and family from 9:30 to 11:00 a.m. on Saturday, March... View Obituary & Service Information

The family of John Francis Wendling created this Life Tributes page to make it easy to share your memories.

Send flowers to the Wendling family.