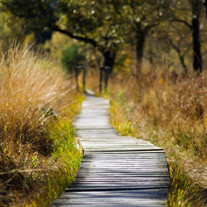 Jon E. “Jack” Smith, 95, of Cedar Rapids, Iowa, passed away Wednesday, November 18, 2020, at Keystone Cedars in Cedar Rapids. His body has been donated to the University of Iowa Deeded Body Program. Per Jack’s request, no services will be held The University of Iowa’s spring Memorial Service will honor Jack. Murdoch Funeral Home & Cremation Service of Marion, Iowa, is assisting the family. Jack was born on July 3, 1925, in Marion, Iowa, the son of Edward and Althear (Dumbolton) Smith. He graduated from Marion High School and went on to receive his degree at the University of Iowa. Jack served honorably in the United States Army from 1943 to 1946, during WWII. He was awarded the Purple Heart and Bronze Star. Jack met the love of his life, Jean Mathews, on a blind date. They were married on February 5, 1949, in Iowa City. She preceded him in death on July 21, 2016. Jack worked as a machinist at Collins Radio for 35 years. Jack and Jean ran with good friends almost every summer weekend for15 years. They were very active and loved to ride bikes, counting two marathons and at least six RAGBRAIs in that time. They also joined a fun bike club that still meets for coffee five days a week. Jack was an avid golfer and liked to travel, traveling south in the winter. He especially loved his family and will be greatly missed by all who knew and loved him. Jack is survived by his son, Lewis “Skip” (Debra) Smith of Cedar Falls, Iowa; grandson, Nathan Smith of Iowa City; and brother, Jeri Smith of Marion. He was preceded in death by his parents; and his wife.

The family of Jon "Jack" E. Smith created this Life Tributes page to make it easy to share your memories.