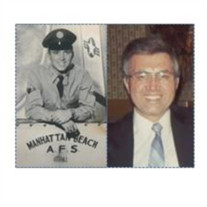 Jon W. “Jack” Mullins, 83, of Center Point, Iowa, died at Terrace Glen Village in Marion, Iowa, Thursday, February 11, 2021, after a brief illness. There will be no services at this time. Cremation burial will be at Grandview Cemetery, Fayette, Iowa at a later date. Murdoch Funeral Home & Cremation Service, Center Point is assisting the family. Jack was born in Fayette, Iowa on March 4, 1937, the only child to Harold and Vera (Doland) Mullins. He was proud to say he attended grade school, high school and college within walking distance of his home. Jack graduated from high school in 1955, and Upper Iowa University in 1962. He worked three jobs to pay his way through college including driving a school bus, janitorial services, and an assistant to Belles-Wright Funeral Home in Fayette. Jack served in the United States Air Force including overseas duty in Morocco, Africa. He was united in marriage to Verla Potratz on June 9, 1956, at Francis E. Warren AFB in Cheyenne, Wyoming. Jack completed his Master’s degree in education at the University of Missouri at St. Louis in 1972, while working at Emerson Electric and McDonnell Douglas. He retired from Rockwell Collins, Cedar Rapids in 1995. He was a member of St. John Lutheran Church, Center Point. Jack loved to fish, hunt and follow the St. Louis Cardinals as well as the Iowa Hawkeyes. Genealogy and gardening were important hobbies and interests to him. He also enjoyed attending his children and grandchildren’s sporting events. Jack officiated high school football in Iowa, Rhode Island and Missouri. Jack is survived by his wife, Verla; children, Karmin of Center Point, Bob (Beth) Mullins of Hazelwood, Missouri and their children, Kate and Alex; grandchildren, Morgan Mullins, Madison (Sean) McGuigan-Hart and their mother, Ann (Eric) Hamrick of O’Fallon, Missouri; and many family and friends. He was preceded in death by his parents; in-laws; grandparents; and children, Kelly in 2013 and son, William in 2005. The family would like to extend a special thank you to his medical care providers in Cedar Rapids, and especially to the care team at M.D. Anderson Cancer Center, Houston, Texas (since 1993) for his quality of life the past 28 years. Also, thank you to St. Croix Hospice for their dedicated care and to Terrace Glen Village. Condolences may be sent to the family at PO Box 396, Center Point, Iowa 52213.

Jon W. &#8220;Jack&#8221; Mullins, 83, of Center Point, Iowa, died at Terrace Glen Village in Marion, Iowa, Thursday, February 11, 2021, after a brief illness. There will be no services at this time. Cremation burial will be at Grandview Cemetery,... View Obituary & Service Information

The family of Jon W. 'Jack' Mullins created this Life Tributes page to make it easy to share your memories.

Send flowers to the Mullins family.