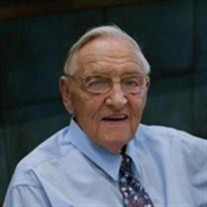 Joseph William Cook, 84, of Center Point, Iowa, passed away on Saturday, January 30, 2021, surrounded by his loving family at his home, from renal kidney failure and chronic heart complications. Joe’s wishes were to donate his body to the University of Iowa Deeded Body Program for medical education and research. A Celebration of Life Open House in memory of Joe will be held Saturday, August 7th, 2021, at the LJL Hall, 908 Main St, Center Point from 2 to 6pm. We would be pleased to have you join us. Joe was born on May 18,1936, in Troy Mills, Iowa, to Walter & Anna (Rabik) Cook. He graduated from Troy Mills High School in 1955. After graduation, he worked for some local farmers. In 1958, he got married, and fathered 3 sons, Mike, Mark, and Marv. After a time, he moved his family to West Branch, Iowa, where he worked for an electrical contractor in Iowa City. After a few years’ experience, he became a licensed electrical contractor and started his own business - Cook Electric. In 1971, he divorced, and moved Cook Electric to Center Point, Iowa. In March 1973, Joe met Clara (Schmidt) Lindsley on the dance floor, at the Armar Ballroom in Marion, Iowa, which was the start of 47 wonderful years together. That summer, the couple bought their house in Center Point, and started the renovations. They married August 18th, at the historic Little Brown Church in Nashua, Iowa and Joe became a father to Clara’s three girls, Shari, Lori and Lisa Lindsley. As his electrical business continued growing in Center Point, Joe talked his wife, Clara, into quitting her job and coming to work with him. For 40 plus years, they made a great team as she worked alongside her husband. He was an excellent electrical contractor. Everyone in Center Point knew Joe Cook and his big blue truck! For 47 years, he volunteered his time and skills as an electrician and handy man to the people of Center Point, the school district, and the community as a whole. Together with other shareholders, Joe and Clara were part owners of the Rolling Acres Golf Course. For decades, he owned a collection of Model A’s and classic cars which he entered into various parades and used for special family events. Joe attended auctions and collected and restored antiques such as old schoolhouse and mantle clocks, lamps and light fixtures. He was a big Iowa Hawkeye Fan, especially the years his youngest son Marv was playing. He really enjoyed traveling, dancing, golfing, playing cards and watching WWII documentaries. He spent his retirement working in the wood shop, where he made beautiful cutting boards, bowls, rolling pins, numerous children’s toys, and even baby cradles out of various types of wood. Joe loved teaching his daughters, granddaughters, and a lot of other ladies how to dance. Most of all he enjoyed spending time with his family. Joe was a member of the Alice Methodist Church in Center Point. He was also an active member of Center Point Lions Club for 45 years, earning numerous awards, including the top two awards in Lions, The Melvin Jones and Warren Coleman Awards. Joe and Clara enjoyed spending their winters down south in The Rio Grande Valley of Texas for over 25 years. There he made so many friends, especially dancing friends, from all over the country. Joe will be remembered as a wonderful caring husband, father, grandpa, great-grandpa, brother, uncle, cousin, mentor and a proud business owner. He was a storyteller that loved telling jokes. Joe never met a stranger and was a friend to everyone. He will be greatly missed by all those who knew him and loved him. Joe is survived by his loving wife of 47 years, Clara (Schmidt) Cook; daughters, Shareen (Mark) Wita of Florida, Loreen (Harry) Langley of Oklahoma, and Lisa (Ed) Wita of Iowa; grandchildren, Emilie (Cody) Taylor, Lynzie Wita, Jessica (Drew) Sperfslage, Devin Wita, and Eilish (Nic) Rhinehart; great-grandchildren, Audrie, Julian, Arlo and one more on the way; younger siblings, Eileen (Clarence) Serbousek, Jim (Betty) Cook, and Ann (Bob) Techau; sister-in-law, Mary Lou (Tom) Benson; and all of their families; as well as numerous cousins and his biological sons and their families. He is preceded in death by his parents, Walter Cook and Anna (Rabik) Gage; his in-laws, Hank and Elsie Schmidt; brother-in-law, Richard “Dick” Schmidt; and one grandson. The family would like to extend a special thank you to: Mercy North Dialysis, Mercy Hospital, Mercy Home Therapy, and St. Croix Hospice, for all their wonderful care and support. Especially to St. Croix Hospice Chaplain, Gordon Lewis, for all of his support and prayers. In lieu of flowers, memorials may be directed to: Center Point Lions, P.O. Box 444, Center Point, IA 52213 or Camp Courageous, 12007 190th Street, Monticello, IA 52310

Joseph William Cook, 84, of Center Point, Iowa, passed away on Saturday, January 30, 2021, surrounded by his loving family at his home, from renal kidney failure and chronic heart complications. Joe&#8217;s wishes were to donate his body to... View Obituary & Service Information

The family of Joseph "Joe" William Cook created this Life Tributes page to make it easy to share your memories.

Joseph William Cook, 84, of Center Point, Iowa, passed away on...

Send flowers to the Cook family.