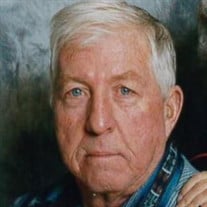 Larry E. Heald, 80, of Marion, Iowa, passed away on Tuesday, October 19, 2021, at St. Luke’s Hospital. A visitation will be held from 4 to 7 p.m. on Monday, October 25, 2021, at Murdoch Funeral Home & Cremation Service of Marion. A funeral service will be held at 10:30 a.m. on Tuesday, October 26, 2021, at the funeral home with an additional visitation an hour prior to services. Burial with military honors by The United States Navy and the Marion American Legion will follow at Green Center Cemetery in Morley, Iowa. Larry was born on December 28, 1940, in Anamosa, Iowa, the son of Eugene and Phoebe (Root) Heald. He graduated from Springville High School in Springville, Iowa, and went on to attend the mechanics program at Kirkwood Community College. On June 1, 1969, Larry was united in marriage to Shirley L. Yarrington, in Rockford, Illinois. Larry served honorable in The United States Navy. He worked for Wendling Quarries and Pate Asphalt before retiring from LL Pelling. Larry was a former member of the American Legion. In his retirement Larry enjoyed fishing, going to flea markets, antiquing, and collecting coins. Larry will be greatly missed by all who knew and loved him. Larry is survived and lovingly remembered by his wife, Shirley of Marion; two sons, Kevin Heald of Marion, and Mark (Marcy) Heald of Cedar Rapids; a daughter, Sandy (Josh) Stringer of Dodge Center, Minnesota; eight grandchildren, Ally, Ashley, Jessica, Miranda, Cayla, Ryan, Alex, and Rylee; three great-grandchildren, Hazel, Xander, and Sirena; three sisters, Beverly Franks of Marion, Dolores (Everett) Schmell of Blue Grass, Iowa, and Evelyn Heald of Washington, Iowa. He was preceded in death by his parents, Eugene and Phoebe and brother, Gary Heald.

The family of Larry Heald created this Life Tributes page to make it easy to share your memories.

Send flowers to the Heald family.