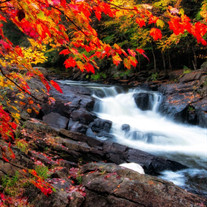 Lyle Howard Hughes, 80, of Marion, Iowa, passed away on Saturday, November 14, 2020, at Willow Gardens Care Center in Marion. In agreement with Lyle’s wishes, cremation has taken place. There will be no services held at this time. A private family committal will take place at a later date. Lyle was born on September 25, 1940, in Belmond, Iowa, one of eleven children to DeRush and Ada (Shahan) Hughes. He was a 1959 graduate of Belmond High School and served eight years in the United States Air Force during the Vietnam War. On June 8, 1963, in Banbury, England, Lyle was united in marriage to Margaret Beryl Newman. Upon returning home, Lyle attended Barber College and worked as a barber in Marion at Frett’s Barbershop. He also worked at Collins Radio and for many years at the Masonic Library and Museum in Cedar Rapids, where he was a member of the Masons. Lyle was a member of the Marion Methodist Church. He loved the Iowa Hawkeyes, John Deere tractors, listening to Johnny Mathis and traveling. He is survived and lovingly remembered by his wife of 67 years, Margaret Hughes of Marion; two sons, Matt (Darlene) Hughes of Cedar Rapids and Russ (Marcia) Hughes of Anamosa; daughter, Sarah (Tim) Bennett of Marion; 13 grandchildren; 11 great-grandchildren; siblings, Paul (Judy) Hughes of Mesa, Arizona, Becky (Steve) Frerichs of Steamboat Rock, Iowa and Linda Helland of Eldora, Iowa; and several nieces and nephews. Lyle was preceded in death by his parents; four brothers, Lee, Gary, Darwin, and Keith Hughes; and three sisters, Barb Pals, Virginia Mennenga and Lola Hughes.

Lyle Howard Hughes, 80, of Marion, Iowa, passed away on Saturday, November 14, 2020, at Willow Gardens Care Center in Marion. In agreement with Lyle&#8217;s wishes, cremation has taken place. There will be no services held at this time. A private... View Obituary & Service Information

The family of Lyle Howard Hughes created this Life Tributes page to make it easy to share your memories.

Lyle Howard Hughes, 80, of Marion, Iowa, passed away on Saturday,...

Send flowers to the Hughes family.