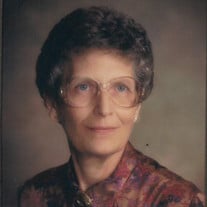 Marilyn Ann O’Connor, 93, of Marion, Iowa, passed away on Monday, August 9, 2021, at the Dennis & Donna Oldorf Hospice House of Mercy in Hiawatha, Iowa. Family will greet relatives and friends from 3 to 6 p.m. on Sunday, August 15, 2021, at Murdoch Funeral Home & Cremation Service in Marion, with a Funeral Vigil Service at 6 p.m. A Funeral Mass will be held at 10 a.m. on Monday, August 16, 2021, at All Saints Catholic Church in Cedar Rapids, Iowa, by Father David O’Connor, where family will greet friends and relatives one hour prior to Mass. A livestream of Marilyn’s service may be accessed on the church’s website link at https://www.youtube.com/channel/UCsz_76x4ag4d4pcINLfEFXg. A committal service for Marilyn will follow at 3:30 p.m. on Monday at Memorial Park Cemetery in Mason City, Iowa. Marilyn was born on June 17, 1928, in Independence, Iowa, the adopted daughter of Ralph and Mildred (Grotness) Hobart. She graduated from Des Moines North High School. On May 15, 1953, Marilyn was united in marriage to Robert (Bob) M. O’Connor. To this union, two sons were born, David and Pat. Marilyn enjoyed trap shooting, hunting and metal detecting with Bob as well as ceramics, fishing, and spending treasured time with her family, especially her grandchildren. Marilyn was a member of All Saints Catholic Church in Cedar Rapids, and a former member of St. Joseph Catholic Church in Mason City. She was a member of Catholic Daughters of America, the Telephone Pioneers and the Disabled American Veterans. Marilyn will be greatly missed by all who knew and loved her. Marilyn is survived and lovingly remembered by her two sons, Father David O’Connor and Pat (Joan) O’Connor both of Marion; three grandchildren, Sean (Hannah) O’Connor of Indianapolis, Indiana, Erin O’Connor (Scott Forba) of Bloomfield, New Jersey, and Colin (Ashley) O’Connor of Cedar Rapids; and two great-grandchildren, Bronson and Ireland, and one on the way. She was preceded in death by her parents; and husband and only love, Bob. Memorials in Marilyn’s memory may be directed to All Saints Catholic Church at 720 29th Street SE in Cedar Rapids, Iowa 52403; Newman Catholic School System at 2445 19th Street SW, Mason City, Iowa, 50401; St. Joseph Catholic Church at 1790 14th Street, Marion, Iowa, 52302; Village Ridge Memory Care at 365 Marion Boulevard, Marion, Iowa, 52302; or to Xavier High School at 6300 42nd Street NE, Cedar Rapids, Iowa, 52411.

The family of Marilyn Ann O'Connor created this Life Tributes page to make it easy to share your memories.

Send flowers to the O'Connor family.