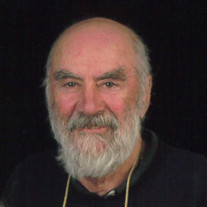 Martin H. Nash, 82, of Marion, Iowa, formerly of Oxfordshire, England, passed away on Wednesday, June 15, 2022, at Northbrook Manor Care Center. Visitation will be held from 4 to 7 p.m. on Monday, June 20, 2022, at Murdoch Funeral Home & Cremation Service, Marion. Martin was born on October 17, 1939, in Bromley, Kent, England, the son of Charles and Ellen (Hemming) Nash. He was united in marriage to Wilhelmina “Billie” Colquhoun, in Beckenham, Kent, England, on March 26, 1966. Martin worked as a Mechanical Engineer for Rockwell Collins until his retirement in January of 2000. He spent time golfing, going on walks, boating, fishing, cooking, bowling, and playing racquet ball. Martin loved traveling and visiting botanical gardens. He will be greatly missed by all who knew and loved him. Martin is survived and lovingly remembered by his two sons, Michael (Teresa) Nash of Loves Park, Illinois, and Pete (Jodi) Nash of Marion; four grandchildren, Jessica, Elizabeth, Dylan, and Cheyenne; two great-grandchildren; one sister, Jill Rowsell of England; and several nieces and nephews. He was preceded in death by his wife of 53 years, Billie; his parents; and one sister, Janet. In lieu of flowers, memorials in Martin’s memory may be directed to Dennis & Donna Oldorf Hospice House of Mercy.

The family of Martin Henry Nash created this Life Tributes page to make it easy to share your memories.

Send flowers to the Nash family.