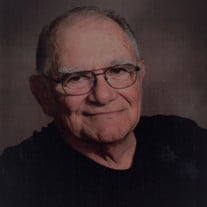 Nile V. Brown, 78, of Robins, Iowa, passed away on Friday, December 24, 2021, at the Dennis & Donna Oldorf Hospice House of Mercy in Hiawatha. The family will greet friends and family from 4:00 to 7:00 p.m. on Wednesday, December 29, 2021, at Murdoch Funeral Home & Cremation Service in Central City. A Funeral Mass will be held at 10:30 a.m. on Thursday, December 30, 2021, at St. Stephen’s Catholic Church in Central City, conducted by Reverend Nick March. Burial will follow at Mount Clark Cemetery in Central City. Nile was born on July 30, 1943, in Cedar Rapids, the son of Wallace and Pearl (Anderson) Brown. He was a 1961 graduate of Central City High School and went on to attend the University of Iowa. Nile served honorably in the United States Marines during the Vietnam War, from 1964 to 1967. On February 15, 1996, he was united in marriage to Marie Elaine (Kucera) Kopecky at the Little Brown Church in Nashua. Nile worked for Rockwell Goss retiring after 26 years. He was a member of St. Pius Catholic Church. Nile collected Farmall tractors and enjoyed tractor pulls. An avid and accomplished trap shooter, Nile served as a trap shooting coach for Xavier High School and Kennedy High School. He enjoyed fishing and coffee with his buddies. Nile was an avid Iowa Hawkeye and Chicago Cubs fan. He and Marie enjoyed wintering in Fountain Hills, Arizona. Nile will be greatly missed by all who knew and loved him. Nile is survived and lovingly remembered by his wife of 25 years, Marie Brown of Robins; five daughters, Karen (Randy) Peyton of Walker, Julie (Todd) Siebels of Marion, Jamie (Ron) Harris of Greenville, Wisconsin, Tina Brown of Cedar Rapids, and Tammy (Ryan) Paulus of Cedar Rapids; and one son, Shannon (Dani) Kopecky of North Liberty; 20 grandchildren; 11 great-grandchildren and two on the way; and a sister, Marilyn Steinkamp of Winthrop. He was preceded in death by his parents, Wallace and Pearl Brown; and one daughter, Michelle Daugherty. A memorial fund has been established in Nile’s memory to benefit several charities.

The family of Nile V. Brown created this Life Tributes page to make it easy to share your memories.

Send flowers to the Brown family.