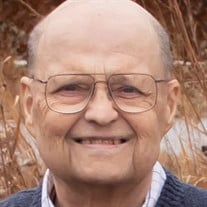 Richard “Dick” Lee Dircks, 77, of Marion, Iowa, died Thursday, December 2, 2021, at home with his wife and daughter by his side. Visitation will be held from 4 to 7 p.m. on Thursday, December 9, 2021, at Murdoch Funeral Home & Cremation Service in Marion. A funeral service will be held at 11:30 a.m. on Friday, December 10, 2021, at Marion Methodist Church, 5050 Rec Drive, Marion. All guests are respectfully requested to wear a mask. Dick was born August 2, 1944 in Clarence, Iowa to Darrel and Irma (Hulse) Dircks. Dick spent much of his youth pitching a baseball and growing his lifelong love of the sport. He graduated from Clarence High School in 1962. He then graduated from the AIB in Des Moines in 1963. Dick moved to Cedar Rapids and worked at Fordtown and then Collins Radio. Dick married Pamela “Pam” Miller on April 11, 1970 at St. John’s United Church of Christ in Clarence. They began their marriage in Cedar Rapids and later moved to Marion. They welcomed their daughter Monica in December of 1981. Dick had a passion for sports all his life. He played on multiple baseball teams around Clarence, and basketball in high school. After college he officiated high school football, basketball, and baseball. In the ‘70’s Dick began keeping score for Kennedy High School Baseball under Lloyd Spear and then worked with longtime friend Bill “Herk” Herkelman. After Herk’s retirement, Dick kept score for good friend Terry Heald at Marion High School until his retirement. Dick returned to the Kennedy pressbox until his health declined last summer. He also worked Kennedy basketball, football, and volleyball. Additionally, Dick worked for the Iowa High School Athletic Associations at state tournaments for decades. He also had the honor of working many years with Bob Brooks in the Iowa Hawkeye football pressbox and earned the nickname “Dr. Stats”. Dick was honored by being selected for the SGMA Heroes Award, inducted into the Kennedy High School Hall of Fame, and IHSADA service award. Dick’s pride and joy was his two granddaughters. He loved watching them play sports and dance and helping them with their schoolwork. He enjoyed family time together. Pam and Dick were very grateful they were able to celebrate their 51st wedding anniversary this fall with their family and friends. Survivors include his wife, daughter Monica (Matt) Walz of Marion, granddaughters, Brooklyn and Emmaline Walz, brother Robert (Diane) Dircks of Tipton, sister Rosalyn (Bob) of Ames, Uncle Senator Merlin Hulse of Tipton, sister-in-law Karen (Craig) Bentrott of Loveland, CO., brother-in-law Bob (Barbara) of Hot Springs, SD., and 10 nieces and nephews. Dick was preceded in death by his parents and grandparents, Emil and Frieda (Reinking) Dircks and Richard and Eleanor (Boettcher) Hulse. Memorials may be directed to the family and will be distributed to Kennedy High School Athletics and the Marion Fire Department.

The family of Richard Lee Dircks created this Life Tributes page to make it easy to share your memories.

Send flowers to the Dircks family.