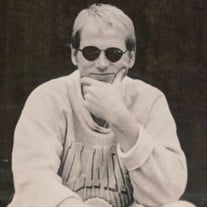 Richard “Rick” Lee Walters, 62, of Center Point passed away Wednesday January 6 in his sleep with his family by his side at Oldorf Hospice House. Richard was born on July 30, 1958 in Evanston IL. In 1976 he graduated from Norris City-Omaha High School in Norris City, IL. He then attended ITT in Evansville, IN where he earned a Degree in Electronics. In 1978 Rick took a position with Rockwell Collins in Cedar Rapids, Iowa. Rick went to work at Norand Corporation as an Electronics Engineer from 1983 to 1988 and returned to Collins where he worked until his retirement in July of 2020. Rick married Janine Cook, on August 27, 1983 and spent every day of his life showing her his love. Rick is survived by his wife Janine (Cook), his son Logan Walters and two daughters, Ashlyn Walters and Kathryn Walters (fiancé Ethan Bartels), his mother Helen Abell and three brothers Rand and Cheryl, Rod and Tara and Russell and Lisa Schalk. His Iowa Family of Carolyn Cook, Jim & Sheila, Steve & Pat, Don, Karan, Ron & Karen, Dan, Mike and Val, Diane and many nieces and nephews in Iowa and Illinois. Rick was preceded in death by his father Donald G. Walters and stepfather John Abell and his father-in-law Vernon H. Cook. Rick had many interests and hobbies including technology, golfing, fishing, playing cards, reading, camping and canoeing. Rick and Janine have taken time to travel and create memories for a lifetime. Rick loved being with his children, family and friends and looked forward to visiting family in Illinois and his annual golfing trip with his brothers-in-law. He enjoyed making snacks and sweets for his family. He was a man who chose his words carefully and listened to anyone that wanted to talk. Rick was an avid reader and would encourage any donations go to The Friends of the Andersen Center Point Library, Center Point, Iowa. Rick will be deeply missed by all who knew him as he was a great person. Godspeed. Rick asked that we get together to celebrate his life when the weather was nice and we would all be safe.

Richard &#8220;Rick&#8221; Lee Walters, 62, of Center Point passed away Wednesday January 6 in his sleep with his family by his side at Oldorf Hospice House. Richard was born on July 30, 1958 in Evanston IL. In 1976 he graduated from Norris... View Obituary & Service Information

The family of Richard 'Rick' Lee Walters created this Life Tributes page to make it easy to share your memories.

Send flowers to the Walters family.