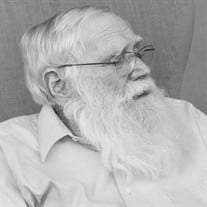 Robert William Berridge, 87, of Cedar Rapids, Iowa, passed away on Monday, June 13, 2022, at his home. The family will greet friends and family from 5:00 to 7:00 p.m. on Friday, June 24, 2022, at Murdoch Funeral Home & Cremation Service in Marion, Iowa. Funeral services will be held at 10:00 am on Saturday, June 25, 2022, at the Lutheran Church of the Resurrection, located at 3500 29th Avenue in Marion, where additional visitation will take place one hour prior to the service. Robert was born on October 1, 1934, in Lamont, Iowa, one of three children to Loren and Mabel (Adams) Berridge. He was a 1952 graduate of Lamont High School and went to work with Western Electric as an Installer before joining the US Army and serving as a Corporal from 1952 – 1955. He was a veteran of the Korean War. On September 26, 1954, Robert was united in marriage to Janice Marquardt in Oelwein, Iowa. To this union, six children were born, Pearl, Alice, Bobby, John, Jim, and Peter. Robert returned to Western Electric after his Army service and then to Collins/Rockwell International where he worked for 33 years as a Radio Technician. He was active in the Marion Legion Post 298 joining in 1974 and serving in numerous leadership roles culminating as 2nd District Commander. He loved attending his kids’ sporting events and activities, then his grandkids and ultimately great-grandkids events. He always enjoyed swing and waltz dancing with Janice as they were rarely apart except during his time of service in Korea. Robert is survived and lovingly remembered by his six children, Pearl LaPointe of Winnebago, Nebraska, Alice (Paul) Fisher of Denver, Colorado, Bobby (Lisa) Berridge of Chicago, Illinois, John Berridge of Homer, Nebraska, Jim (Elaine) Berridge of Portage, Indiana, and Peter (Jenny) Berridge of Minneapolis, Minnesota; one sibling, Donna (Tom) Michener; 17 grandchildren; 42 great-grandchildren; eight great-great-grandchildren; and numerous nieces and nephews. He was preceded in death by his wife of 67 years, Janice; parents, Loren and Mabel Berridge; sister, Lillie (Frank) Dickens; and one son-in-law, Daryl LaPointe, Sr. The family would like to express their sincere gratitude to the nurses and caregivers with Therapy Solutions Home Care, Hospice of Mercy, and all the staff at Grand Living at Indian Creek and Cottage Grove Place for the love and care they gave to Robert. Out of service to humanity, dad was motivated to donate his body to the University of Iowa for research. Memorials in Robert’s memory may be directed to either Lutheran Church of the Resurrection or Marion American Legion Post #298.

The family of Robert Berridge created this Life Tributes page to make it easy to share your memories.

Send flowers to the Berridge family.