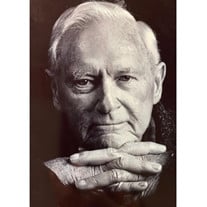 Robert “Bob” Eugene Carson went to be with the Lord on January 24, 2021, at age 85. Private family services will be held. All invited guests are respectfully requested to wear a mask and practice social distancing. A livestream of the funeral service may be accessed on the funeral home website tribute page for Bob, under “photos and videos or media,” starting at 10:30 a.m. on Saturday, February 6, 2021. Murdoch-Linwood Funeral Home & Cremation Service in Cedar Rapids is assisting the family. Born February 10, 1935 in Iowa City, Iowa, to Emil and Margaret (Bream) Carson, Bob was the oldest of five children: Donna, Tom, Carol, and Mary Ellen. He attended Iowa City schools, graduating from City High in 1953 while also working a full-time job at Western Union. After graduation, Bob began his career at Dewey and Almy Chemical Company (Cryovac), overseeing their large printing press and serving as Steward and eventually President of URL+PWA Local 497. His continued interest in the labor movement ultimately led to a rewarding career as Executive Director of the Hawkeye Area Labor Council (AFL-CIO) and Business Agent for HERE Local 497. An unwavering advocate for social and economic justice, Bob was a lifelong member of the Democratic Party. He was inducted into the Iowa Labor Hall of Fame in 1998 and retired the following year. Bob’s life forever changed on November 16, 1999, when he received a new heart and a second chance at life. Bob learned he was only the 158th person in Iowa to receive this type of transplant. He was fond of saying, “Don’t take your organs to heaven. Heaven knows we need them here.” He also wanted to give back to those in need and did so by serving on the board of the local Make-a-Wish Foundation. While sometimes described as a stubborn and passionate man, Bob was a “softie” at heart and cherished family above all else. On February 2, 1968, he married his best friend, soul mate, and love of his life, Janice Elliott Parsons; bringing sons Michael Robert and Daniel Eugene with him to this marriage. In March of 1969, Bob became the proud adoptive father to Janice’s five children - Ronnie, Mike, Mark, Joni, and Tim; and the two families became one. A man of many hobbies, Bob made most of his memories outdoors. He enjoyed spending time at the family cabin at Lake Delhi, cruising the Mississippi on their houseboat, and tinkering with his tractors. He also loved keeping Janice company in the garden, working with his hands, and building his famous bonfires for the grandchildren to enjoy. In his later years, he loved nothing more than going on tractor rides with two of his best friends, Tom Ely and Bill Barker; often referred to as the “The Three Amigos.” Bob is survived by his wife of 53 years, Janice Carson; sons, Michael Scott (Christa), Mark Douglas (Julie), Timothy Jon (Lisa); daughter, Joni Lynn; daughter-in-law, Jane (Ronnie); brother, Tom Carson; sisters, Carol Miller (Al), and Mary Ellen (Steve) Kass; 20 grandchildren; and 21 great-grandchildren. He is preceded in death by his parents and grandparents; his three oldest sons, Michael Robert, Daniel Eugene (Janie), and Ronald Duane; sister, Donna Louise Van Winkle (Rip); and granddaughters, infant Heather Carson and Annie Zimmermann. He is undoubtedly reunited with them all today. The family offers a heartfelt “thank you” to everyone who cared for Bob up until his final moments: the staff at Heritage Specialty Care, Care Initiatives Hospice, the University of Iowa Heart Transplant Unit, and special friend (and transplant nurse) Carolyn Laxson. In lieu of flowers, the family asks that you consider making a donation to the Make-A-Wish Foundation of Iowa, 3009 100th Street, Urbandale, Iowa 50322, or, wish.org/iowa.

Robert &#8220;Bob&#8221; Eugene Carson went to be with the Lord on January 24, 2021, at age 85. Private family services will be held. All invited guests are respectfully requested to wear a mask and practice social distancing. A livestream of... View Obituary & Service Information

The family of Robert 'Bob' Eugene Carson created this Life Tributes page to make it easy to share your memories.

Robert “Bob” Eugene Carson went to be with the Lord on January...

Send flowers to the Carson family.